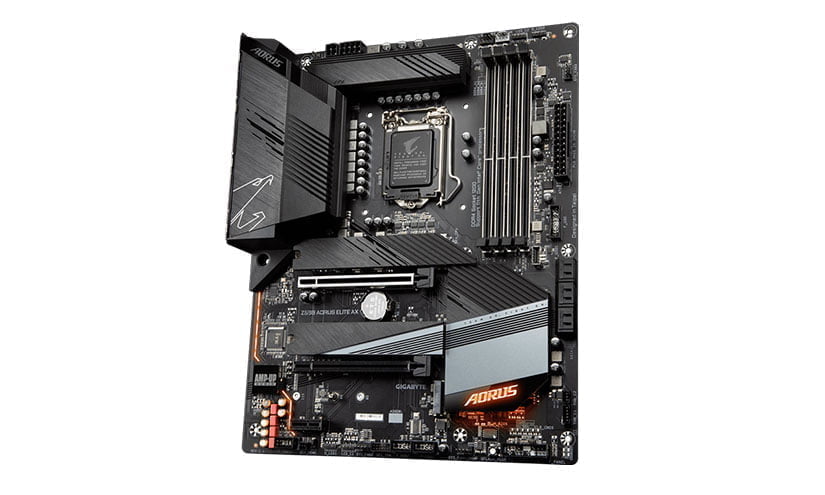 This is our review guide regarding the best motherboards for Corsair’s 4000D and 5000D airflow chassis.

Both of these cases are known for their sturdy design, cable management, and sublime airflow. Being mid-tower cases, they support ATX, mATX, as well as mini-ITX motherboards.

Some reviewers have argued that the 4000D airflow comes with a low number of front-panel USB ports. This is why it’s crucial to pick a motherboard with good amount of USBs in the I/O panel.

ASRock X570 Steel Legend is a fair choice in this regard, but many people use intel processors and would like an alternate option. This is why we turned it into a roundup, and now we have 3 best motherboards for 4000D and 5000D Airflow. 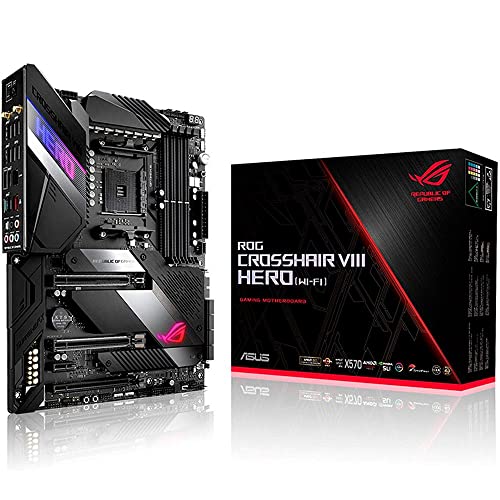 ASRock is mostly known for its budget-oriented motherboards, and X570 Steel Legend is no exception to this rule.

Its PCB is colored matte black and grey while the various heatsinks are colored white. Being an ATX motherboard, it is not crowded and you won’t have any clearance issues for most air coolers.

The build quality is good but aluminium heatsinks could’ve been of better quality.

It comes with a 10-phase power design, Nichicon 12k Black Metallic capacitors, and 60A alloy chokes that can overclock even the flagship ryzen processors without an issue.

Since AMD CPUs are known to work well with high-frequency RAMs, the DIMM slots here support up to 4666 MHz RAM modules.

If we move to the bottom area, the first thing you’ll notice is a giant silver-colored heatsink. It consists of two M.2 heatsinks connected with a chipset heatsink that has a 40mm cooler underneath.

Above this heatsink, you’ll find the primary PCIe x16 slot which is steel-reinforced and can accommodate up to triple-slot GPUs without any clearance issue.

Other connectors/headers can be found along the bottom and top edges of the board. One noticeable header absent here is the USB 3.1 front-panel header.

Lastly, there’s the rear I/O panel with its 8 USB ports (including a Type-C port), a single HDMI port, and a single DisplayPort.

A few tiny hiccups aside, ASRock Steel Legend is a good option overall with most of the bases covered.

In case you have extra budget and want to go all-out for a high-end motherboard, there’s ROG X570 Crosshair VIII Hero for you.

Although released back in 2019 (along with Ryzen 3000 processors), it’s still good enough for gamers as well as content creators and PC enthusiasts.

Like many other models, it comes with black color scheme on PCB, heatsinks, and I/O panel which mixes well with the grey color used in other areas.

The I/O cover and PCH area has some RGB lighting which gives the motherboard some contrast.

Speaking of I/O cover, you get no less than 12 USB ports in the I/O panel with 4 being USB 3.1 Gen 1 Type-A and 8 being USB 3.1 Gen 2 (7 Type-A and 1 Type-C) ports. Other goodies include one clear CMOS button, one BIOS flashback button, and two WiFi antenna connectors.

It features a 14+2 VRM setup with 16 IR3555 PowIRstages. Each of these power stages is rated at 60A power supply which makes overclocking a breeze. These power components is cooled by two heatsinks connected together by a heat pipe.

One good thing we found here is that the 8-pin connector has a metallic exterior which’ll prevent it from any damage during the installation process.

To further aid you in overclocking, Crosshair VIII Hero has a direct power button (to test it without putting in chassis first) and Debug LED panel.

The number of M.2 slots are surprisingly limited to 2. The first one is found below the socket area while the sound one is between the second and third PCIe x16 slots.

The number of full-length PCIe x16 slots is still good though, at 3, with the first two being metal-reinforced.

Sure, there are some built-in software utilities that can be considered as bloatware, that’s not a deal-breaker by any means.

We recommend the black-version Corsair 4000/5000D chassis for this motherboard as the white variant will be a mismatch.

The last motherboard we have in this list is the Gigabyte’s Z590 Aorus Elite AX.

Contrary to what its name suggests, it’s a mid-range motherboard and will be good for people looking to build their new PC in $1000-$1200 range.

It has a typical black/silver color scheme with a slightly hint of RGB on the chipset heatsink. The overall build quality is above-average with sturdy design.

The Aorus Elite AX features a 12+1 VRM setup with 60A DrMOS, which is impressive for a non-flagship motherboard.

The main highlight is two PCIe full-length slots but only the first one supports PCIe 4.0 x16 mode. The other is limited to PCIe 3.0 x4 speed. Other than this, you also get a single PCIe 2.0 x1 slot.

For storage, you get six conventional SATA ports and two M.2 slots.

A potential issue you can have with this motherboard is the lack of HDMI output. But that’s not a big issue IMO unless your monitor has no other connectivity option. The other thing we didn’t really like are the needless out-of-the-box software utilities.

On the other hand, there are a lot of plus points in this board such as 2.5G Ethernet, reinforced RAM slots, and Type-C port inclusion.