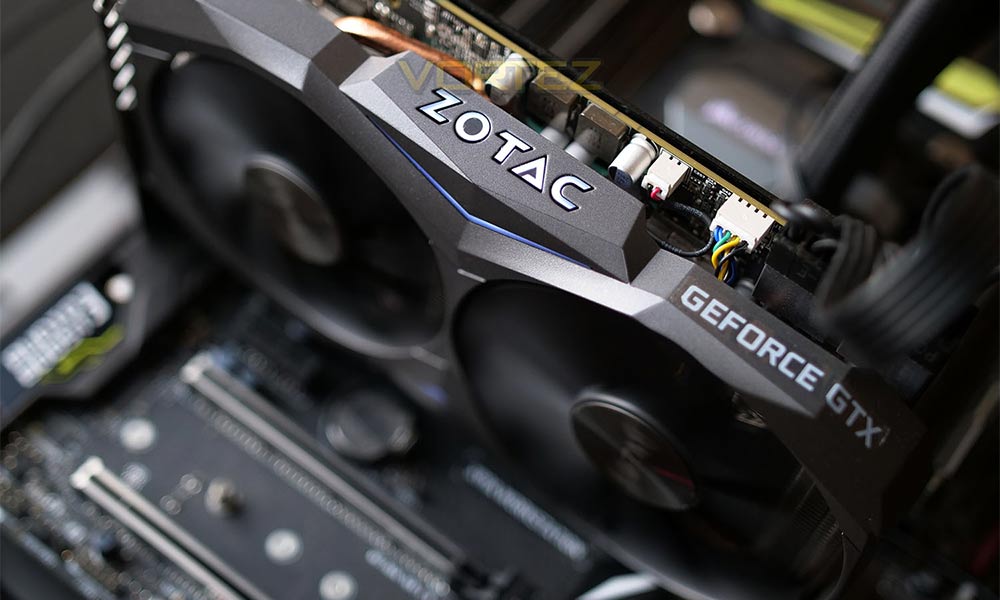 This is our review of the best low profile graphics cards in 2022.

Modern graphics cards such as the Nvidia RTX 2070 and AMD RX 5700 require quite a bit of clearance and slot space.

So much so that it is getting trickier to fill your mini-ITX case up with up-to-date high-quality components.

You are probably better off purchasing a full tower case and filling it up with as many fans and graphics cards as you possibly can.

However, constructing a powerful compact build can be a rewarding experience. You just need to know where to get the right hardware. That is where we come in…

In this guide, you will find a list of four of the best low-profile graphics cards at varying price points. Each item is followed by a short review and a list of pros and cons.

Compact Hopefully, you can walk away from this list with a clear idea of which graphics card you want to buy.

The cooling for the card features a single fan nested between the fins of its heatsink and positioned right above the GPU chip.

With a height of 0.63 inches (16mm), it is very compact. On their marketing material, Zotac touts that the card can fit into 99% of boards.

We are not sure if this is true but on a standard mini-ITX motherboard with two PCIe slots, it will conform into a single slot while leaving enough clearance for the adjacent slot.

The graphics card comes bundled with a low-profile bracket for convenience.

Because the GPU has very limited room to work with, it only supports two monitors. This is perfectly understandable.

As you would expect, the card is very quiet. It does not draw a lot of power either; just 30 watts. ZOTAC recommends that you use a 300W power supply when using the card, but you can probably get away with less. Of course, this depends on the other components in your build.

The ZOTAC GT 1030 has a base clock of 1227 MHz and a boost clock of 1468 MHz. Nonetheless, the numbers are meaningless if the card does not deliver stable 1080p performances. We are happy to report that it does… with a few caveats.

With a little tuning, you can get it up to 40 FPS (at the least). An older game like GTA V can give you an average of 35 FPS while the graphics are set on very high.

This may be enough for some gamers considering most live tv is broadcasted at 30 FPS. Speaking of TV, you can use this card to stream 4K. However, we would not recommend it for 4K gaming.

If you want something a little more powerful than the ZOTAC GeForce GT 1030 2GB, then Gigabyte’s low-profile implementation of the GTX 1050 Ti may fit the bill.

Right off the bat, this card is factory overclocked so it outperforms Nvidia’s reference card. This card barely breaks a sweat running games like Watch Dogs 2 on ultra-settings.

In fact, you will get an average frame rate of 60 FPS on a 1080p resolution. NVidia never intended for the GTX 1050 Ti to be used for 4K gaming. Regardless, you can push it that far.

On GTA V with everything set on high, it will give you 34 FPS. Put the graphical settings on normal or medium and you will get upwards of 50 FPS.

This is quite impressive for a budget pascal card. The card supports up to four monitors and, as you would expect, it takes up two slots.

However, a length of 167 mm (6.5 inches) will ensure that the card fits into your compact case. You just need to make certain that you have two PCIe slots (at least).

It draws 70 watts of power. Once again, the manufacturers recommend a 300-watt power supply.

One of the things I like most about this card is that it does not require a PCIe power connector. This makes cable management a lot easier.

As with most Gigabyte cards, you get access to their XTREME Engine Utility application where you can switch between OC mode and gaming through a few simple clicks.

The Gigabyte GeForce GTX 1050 Ti has great value for money. Judging by its performances, it’s still quite future-proof. It gives you stable 1080p gaming.

Nvidia may not have intended the GTX 1050 Ti for 4K gaming but the GTX 1650 is a different story. It is a Turing card and as you may or may not know, this generation was the first to officially introduce real-time ray-tracing.

The GTX 1650 comes with 14 ray-tracing cores and 112 tensor cores to assist machine learning. Just like the two previous entries on this list, it’s one of the most affordable cards in its generation.

Once more, ZOTAC claims that this graphics card can fit into 99% of systems.

This time we meet this fact with a bit of incredulity, considering that it is a dual-slot card.

In addition to this, the card features three display outputs. It has a DisplayPort 1.4, HDMI 2.0b, and a Dual Link DVI-D. The ZOTAC GeForce GTX 1650 LP has exceptional cooling. It features two fans and a wide-array aluminum heatsink.

Unlike the ZOTAC GeForce GT 1030 2GB, this card’s cooler covers most of its top surface area.

Despite a bigger heatsink and two fans, it is still reasonably quiet. As you’d expect, the 40mm fans are power-efficient. They will stop, start, and alter their speed based on how much work the GPU is doing.

Speaking of which, the card has a boost clock of 1665 MHz. If you are wondering if this card is factory overclocked, the answer is yes.

With high settings at 4K resolution, it gave us 39 FPS with the occasional stutter. Either way, it performed better than expected.

ZOTAC has an admirable low-profile implementation of the GTX 1650. However, the MSI Gaming GeForce GTX 1650 LP is a good alternative to that card.

It performs just as well as the ZOTAC GTX 1650 low profile graphics card. The boost clock on this card is less than it is on ZOTAC’s card but that is only because this card has not been factory overclocked. You can do that using MSI’s Afterburner software which ANANDTECH has described as the industry standard for overclocking software.

Cooling on this card may be slightly better than the ZOTAC’s card. Playing GTA V on high 1080p settings produced temperatures of 60 °C with the ZOTAC’s implementation but gave us 58 °C. Of course, this will differ from case to case.

However, it is not larger in a substantial way. Where this card loses for me is its display support. Despite it being a dual-slot card, it only supports up to two displays.

It has a single HDMI 2.0b and DL-DVI-D port. Just like the ZOTAC card, it comes with a handy low-profile bracket.

This version features 4GB GDDR5. As you would expect, the card has low power consumption.

It is a PCI Express x16 3.0 and requires no additional power cables to run. There is not much else to say about this graphics card.

It performs just as well as any other GTX 1650 card – low profile or not.

The best thing about most low-profile cards is that they are generally affordable.

That is another reason building a compact system is so enticing. You do not have to break the bank to build yourself a portable mid-tier machine.

Nevertheless, in this guide, we explored the best low-profile graphics cards on the market. We hope that you have found it helpful. As always, thank you for reading.