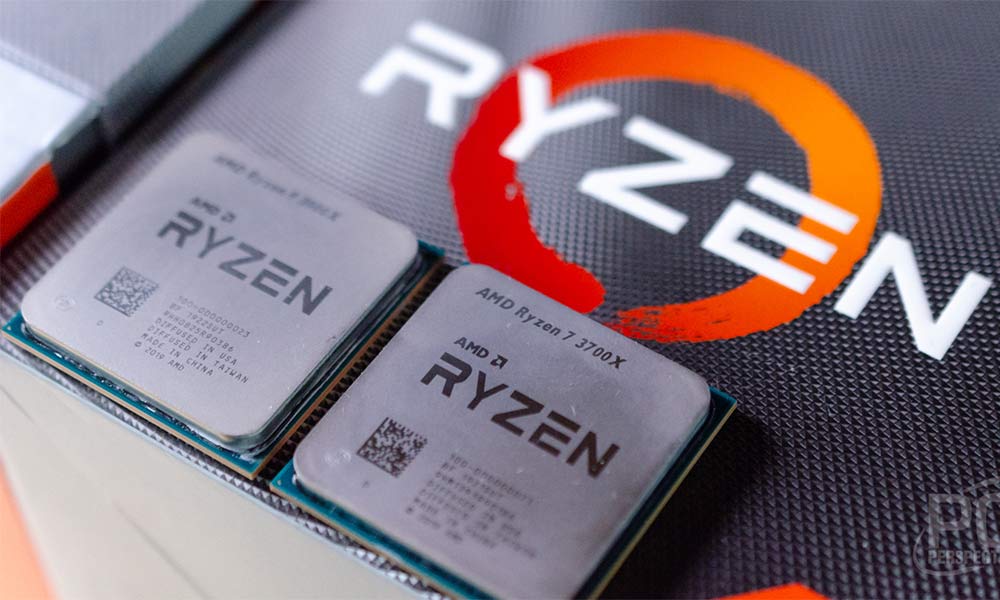 When it comes to building a new computer, one of the most important features that someone needs to consider is their choice of a CPU. With so many choices, it can often become a daunting taste narrowing down choices in order to find the perfect processor.

Both products are 3rd generation processors, released in 2019. They are remarkably similar to one another, so we’ll be comparing the pros and cons of each one in order to decide which is a better value for its respective price.

The Ryzen 7 3700X has an 8-core processor with 16-Threads, featuring 4.4 GHz max boost unlocked for overclocking.

Comparatively, the Ryzen 7 3800X also has an 8-core processor with 16-Threads but is able to be overclocked up to 4.5 GHz max boost, slightly more powerful than the 3700X. Both processors are capable of overclocking, but the difference between the two is marginal, as we’ll soon discuss.

Both CPUs come included with a nice LED lit CPU cooler (although there are some high-quality aftermarket coolers as well), which is a great little added bonus for those who enjoy adding a bit of RGB lighting to their PC builds.

When tested alongside a Geforce RTX 2080 Ti graphics card, both the Ryzen 7 3700X and 3800X performed quite well, with only some small differences found between the two processors.

Overall, the 3800X only hit one frame-per-second higher than the 3700X, making the difference between the two nearly indistinguishable.

Needless to say, both processors run games nearly identically with one another, with only about a 1% difference. During gameplay, this performance is hardly noticeable and should not matter one single bit.

And when it came to playing games in 1440p, results were similarly close: the 3700X was often only 1 frame less than the 3800X, and at times matched its performance identically.

When performing tasks outside of gaming, there generally is roughly a 1-3% difference in efficiency. When exporting videos using Adobe Premiere Pro, the 3800X is 3% faster than the 3700X.

There is also a 3% reduction in render time when running the Blender open data benchmark, with 3800X again being a tad faster.

When testing in programs like Blender, the 3800X sees roughly a 9% increase in power consumption over the 3700X.

This is surprising, given that the 3800X only has about a 2-3% increase in operating frequency. As a result of the system’s increased power consumption, the 3800X runs about 3 degrees hotter when compared to the 3700X.

What was originally a $70 difference is now just $50, which is good at least.

But the question lies in whether the different in performance warrants the additional $50 for the 3800X. That’s a 15% price increase for what is only a 3% increase in performance, and a whopping 12% additional power consumption.

Arguably, the purchase of the 3800X does not warrant the additional cost as the two items are so close in performance. It’s incredibly difficult to notice any major differences between the two CPUs, and there are just more negatives that outweigh the minor positives.

For those seeking the best performance for their money’s worth, the Ryzen 7 3700X is the clear winner. The difference between the two CPUs is incredibly small, with the 3800X only outclassing the 3700X by about just a 2% margin. And for a $50 price difference, this just doesn’t feel worth it.

If you’re looking to build a power gaming rig under a budget, the 3700X just makes so much more sense: it’ll save you some cash and offer you a nearly identical performance, and the $50 saved could be better spent on other more important components that will make a larger difference.

Spending an extra fifty bucks on a more powerful graphics card—or even better yet—some additional RAM, will make a far bigger difference on your computer’s capabilities; especially when it comes to gaming.

For those that want an AMD processor with more of a substantial performance boost and don’t mind spending additional cash, you’re far better off just purchasing the Ryzen 9 3900X for $429.99. But that’s a discussion for another time.

To conclude, for those who are looking to get the most out of their wallet when trying to decide between the Ryzen 7 3700X and the Ryzen 7 3800X, the 3700X is undoubtedly the better choice of the two. Save your money and buy the cheaper option.