It’s been more than a week since Intel’s 11th-Gen CPUs have been launched, and there are mixed reactions from PC building community.

On the one hand, there are 11700K and 11900K processors failing miserably to compete with the Ryzen offerings – with some reviewers calling them a ‘waste of sand’. 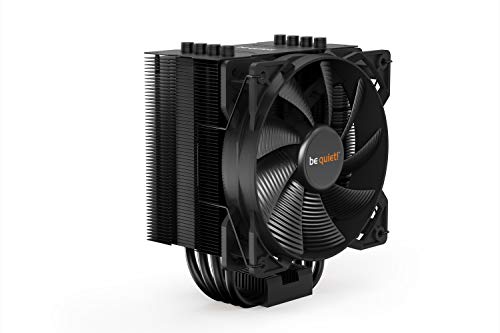 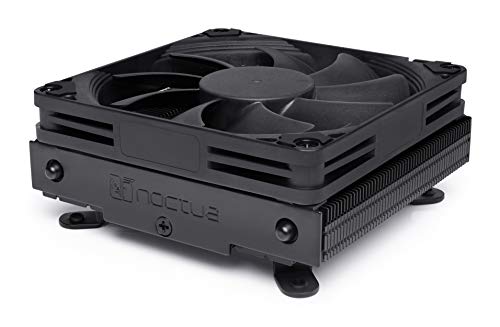 Coming in at $183 and $175 bucks respectively, at the time we’re writing, they have the same specs for the most part and perform better than AMD’s 3600X.

AMD doesn’t have any 5000 series processors at this price right now, leaving these two as good options for under $500/$600 Gaming PC builds.

Although both of these processors have relatively lower 65W TDP and come with a stock cooler, many aftermarket options can help you achieve better results.

Below are three of the best coolers you can pair with these CPUs.

Be quiet! is a well-known brand for producing premium air coolers. They have recently released the Pure Rock 2 – an air cooler for budget/mid-range builds.

It consists of four copper heatpipes running through the aluminium base. These pipes then extend through the fin stack (making a U-shaped pattern) and have aluminium caps that result in better heat transfer.

Like many modern coolers, the BK007 comes with an asymmetrical construction that allows for better RAM clearance.

Although you get only one Pure Wings 2 120mm fan out of the box, additional mounting clamps are available if you wish to add another one later down the road.

The installation process is simple. You just have to put the heatsink on top of the mounting bracket using two screws. After this, you’ll need to place the fans and connect wires.

The Pure Wings 2 fan is known for its silent operations, and the same was the case here. The temperature levels were a bit higher than the other air coolers, but that is expected from any cooler that emphasises noise level. And we won’t advise you to do any tinkering with the default fan profile.

But if you plan to upgrade CPU after a year or so, you’ll have to upgrade your cooler as well.

There’s no RGB lighting, meaning some gamers may not like it. But still, it’s stealthy enough to match well with the rest of your PC components.

Due to high-quality internal components, it comes with a 3-year warranty and has an 80,000 hours lifespan.

Mini-ITX is arguably the most popular form factor these days. But the main problem with such small systems is that not every cooler can fit into them.

For those scenarios, a low-profile cooler, such as Noctua NH-L9i, will be your best bet.

Being a part of the new all-black Noctua coolers series, NH-L9i is only 37mm high and weighs 320g – making it compatible with any SFF build.

It follows a simple design with every internal component, such as the mounting system, the 92mm fan, heatsink, coloured black. The only part not colored as such is the nickel-plated copper base.

For a lower footprint, it has only two 6mm heatpipes. The fan that comes with it is the NF-A9x14 HS-PWM. It runs between 600-2500 RPM, but you can reduce the upper limit to 1800 RPM with the included low-speed noise adapter.

Although it performed well during our testing, other coolers such as Cryorig C7 fared slightly better. But the reason we still choose NH-L9i as our low-profile cooler for 11400/F processors is better noise levels.

Like other high-end Noctua coolers, this one comes with a 6-year warranty and has a lifespan of 150,000 hours.

For the last cooler, we went for an AIO option. But since 11400/F processors aren’t made for heavy workloads and stuff like overclocking, there’s no point using an expensive 360mm radiator with them.

Instead, what we have here is the EK-AIO 120 D-RGB – a 120mm single-fan AIO cooler that’s cheaper than most premium air coolers. In the last few years, cheap AIOs had gained the reputation of being more louder than air coolers while having a worse thermal performance at the same time.

Thankfully, this trend is changing now, with premium brands such as EKWB producing budget options.

It comes with braided tubing that has a 120mm radiator on one side and the RGB CPU Block on the other.

One interesting thing about the tubing here is that you can open them to refill the liquid. Yes, it will void the warranty, but it is a good option to have, nonetheless – at least for enthusiasts.

Unlike most other AIO coolers, this one has addressable RGB on not only the CPU block but also on the fan itself. What’s better is that you can tweak this lighting according to your preferences or synchronize it with the rest of your system.

But it also results in one extra wire to take care of, which makes the installation processor a little longer. Another potential downside we noticed is the fan that can get noticeably loud. Thus, if silent operations are your main priority, then Noctua NHL9i or be quiet! Pure Rock 2 will give better results.

On the other hand, if you’re more interested in flashy looks and don’t mind a slightly higher noise level, this budget AIO would serve you well.