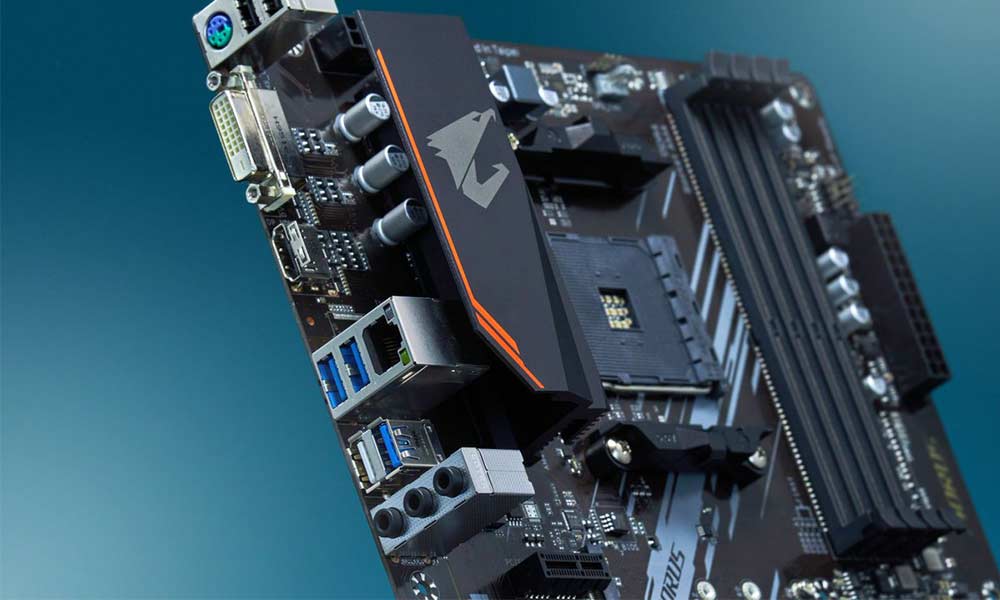 These are our recommendations for the best A520 motherboards in 2021.

For the last 2 years, AMD Ryzen offerings are the preferred options for desktop CPUs among the PC building community.

So if you get a Ryzen CPU, the obvious next step for you will be getting a compatible motherboard.

But this is where things get a little complex because you get a lot of motherboard options based on different chipsets. 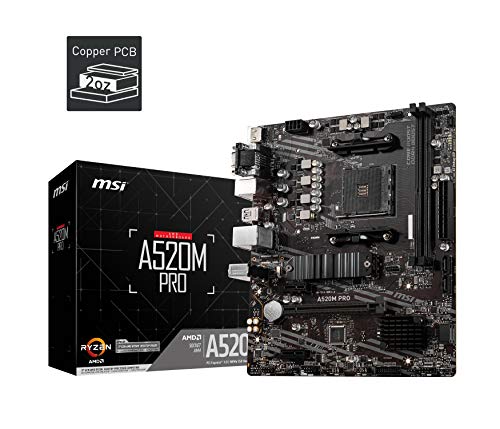 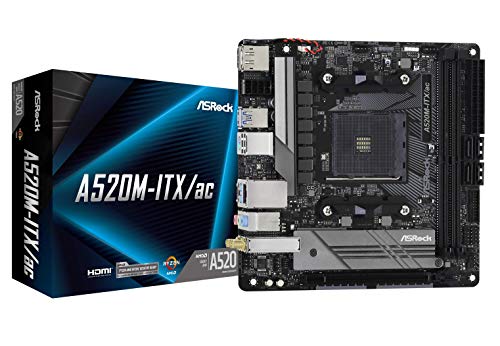 But in case you have a super-low budget, don’t lose hope as there are some options for you in this category as well: the A520 Motherboards.

The A520 chipset is the successor to the A320 chipset (released in 2017) and offers some improvements in the form of General-purpose PCIe 3.0 lanes and compatibility with new ryzen 5000 processors.

Sure you cannot do any sort of overclocking with these boards and have a very limited number of connectivity options, but it’s good for average users who’re low on budget.

So without any further ado, let’s start.

Coming in at almost 70 bucks, MSI’s A520M PRO is one of the cheapest A520 motherboards available. But being cheap doesn’t mean low quality here.

Thanks to advancements in the motherboards area, even “budget’ models carry all the basic features you would expect.

This microATX board comes with 2 DIMM slots (in Dual Channel configuration) with up to 64 GB maximum capacity support and up to 4600 MHz speed.

For storage, there are four SATA 6 Gbps ports and a single M.2 slot (running at PCIe 3.0 X4 mode), while a single PCIe x16 and a single x1 slot are the expansion options.

If you talk about the backside I/O panel, you get four USB 3.2 Gen 1 ports, two USB 2.0 ports, two PS/2 ports for legacy hardware, three audio jacks, and a single port for each of DVI-D, HDMI, and LAN.

If you’re sensitive about cybersecurity, there’s good news because A520M PRO comes with a TPM header. TPM is a microchip that provides hardware-level security and stores things like passwords, encryption keys, and certificates.

As you can see, MSI has done a lot of good things here, but there are some compromises in the form of an older ALC892 audio codec, no SLI/Crossfire support due to only one x16 slot, and the lack of WiFi connectivity.

But still, it’s a considerable option if you’re dead-low on a budget or don’t want any extra feature on your board.

At almost $85, A520M Aorus Elite costs slightly more than MSI’A520M PRO but improves in many areas.

The storage options are on par against the competition with four SATA ports and one M.2 slot at PCIe 3.0 x4 mode. The single PCIe slot is steel-reinforced which makes it good enough to hold heavier GPUs as well.

For the gamers, there are two RGB and two ARGB headers too.

Lastly, you have ALC1200 audio codec, which is particularly surprising because it’s something you normally see in midrange/high-end motherboard options.

Despite featuring a 5+3 power delivery system and VRM Heatsink, it’s certainly not for the likes of 5900X. Technically you can, but won’t be able to draw the power Ryzen 5900X requires for an extended period.

Plus, you can use that saved money for a better GPU or any other PC hardware.

Like A520M PRO, there’s no WiFi 6 or 2.5 GbE but the targeted audience of this motherboard almost doesn’t care about these features.

The two motherboards we’ve explored so far come with the micro-ATX form factor. Thus, we decided to go with a mini-ITX option for the last one: The ASRock A520M-ITX/AC.

The mini ITX form factor PCs have gained a lot of popularity in recent times due to their smaller footprint. This increase has subsequently led to the high demand for mini-ITX motherboards since bigger boards won’t be able to fit into those chassis.

It comes with an 8-phase power delivery system that’s good but the small-sized VRM heatsink doesn’t make it suitable to be paired with an overclocked 3950X/5950X.

The rest of the specs are similar to what you get in Aorus Elite A520M: 4733 MHz memory support, four SATA ports, one M.2 slot, one PCIe X16 slot, and RGB/ARGB headers.

The main advantage it has over the previous two boards is that it comes with 802.11ac WiFi capability. It can’t be compared to WiFi 6 found in high-end models, but a top theoretical speed of 4333 Mbps can’t be classified as slow.

The things we didn’t like are Realtek RTL8111H LAN and ALC887 audio codecs that pale in comparison to ALC 1200 found in Gigabute’s Aorus Elite and 2 DIMM slots (it’s 4 in Aorus Elite).

Below we will answer some of the common questions related to the A520 chipset and motherboards.

No, the A520 chipset doesn’t support overclocking. But since Ryzen CPUs (unlike Intel’s processors) don’t offer large headroom, to begin with, it’s not a huge downside.

Although B450 motherboards give you more connectivity options, A520 motherboards come at a lower price and are compatible with the latest Ryzen 5000 processors.