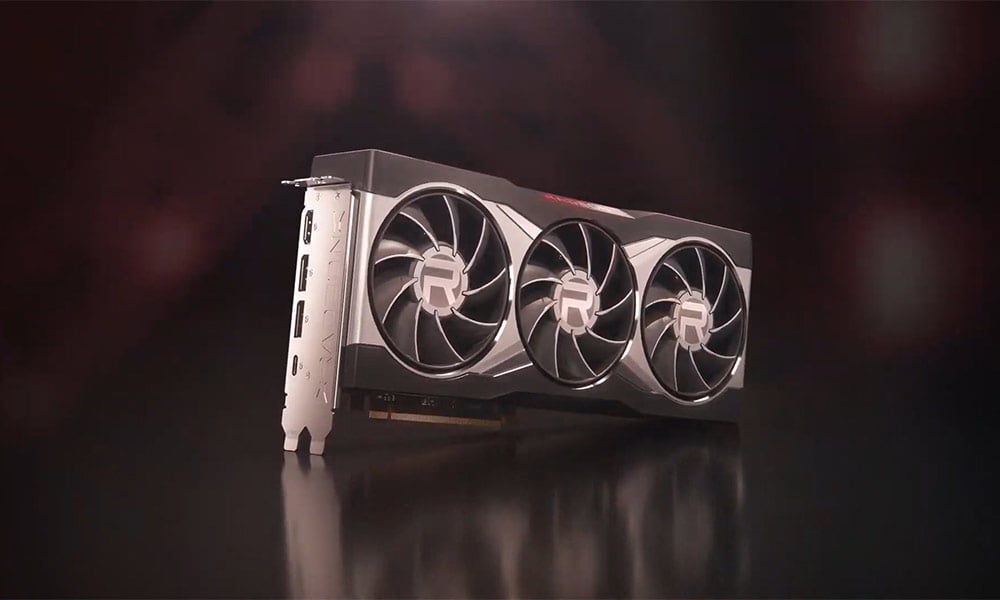 Nvidia has been the dominant player in the high-end graphics card market ($400+) for quite some time. Although AMD has made significant strides in the 1080p gaming section with their RX 5500 XT and RX 5600 XT cards last year, most gamers still prefer Nvidia’s options for high-end gaming (1440p/4K).

But this is surely going to change.

Because the RX 6800 and 6800 XT are the two latest GPUs by AMD. Both of these GPUs have beefy specs and their pricing makes them direct competitors to the RTX 3070 and 3080 cards by Nvidia.

Although AMD still does not have the answer for ray tracing in RTX GPUs, they hope that features like 16GB GDDR6 memory, RDNA 2 architecture, and Shared Access Memory will help in breaking Nvidia’s monopoly in the high-end GPU market.

But if you’re interested in buying a 6800 or 6800 XT for your gaming rig, you must have a capable CPU for it as well. It won’t improve anything if you’re looking to pair it with your Ryzen 1700X or something that older.

So without any further ado, let’s start this roundup where we will help you choose the best CPU for your RX 6800 / 6800 XT.

AMD is truly dominating the midrange CPU market in the last 18 months or so. The last-gen Ryzen 3600 is still a popular option for most of under $1000 gaming PC builds and is one of the best-selling gaming CPUs on different online retailers right now.

Being the successor of such of highly-praised processor means that we had high hopes for the new Ryzen 5 5600X. And it rightfully performs as per expectations.

In terms of raw specs, 5600X carries the same 6 cores and 12 threads as well as the same 7nm architecture as its predecessor.

But thanks to improvements made by the AMD (such as 2X L3 cache directly accessible per Core and reduction in effective memory latency) led to roughly 20-25% performance improvement on average across all games. Gaming was one area where last-gen Ryzen processors were lagging behind their Intel counterparts and it’s good to see AMD removing that issue as well.

It faces tough competition from AMD’s own last-gen 3600/3600X/3600XT processors as well as Intel i5-10600K (especially in single-core tasks) but manages it to top every test among its competition.

Just let this sink in for a moment.

Productivity was the area where AMD’s offerings (thanks to their high core/thread count) were already better than Intel’s. But the 5600X moves the needle here as well and performs 20% than i5 10600K on average and even 14-15% better than the ryzen 3600X.

The power consumption is good like all other ryzen 5000 processors, but slightly higher than the 3600.

As far as the memory performance is concerned, you can go up to 4000 MHz but we’ll still recommend 3600MHz C18 memory (CL14 would be expensive but can be tried as well).

One advantage 5600X has over other Zen 3 processors is that it’s the only one to get the stock AMD cooler.

This cooler expectedly doesn’t compete well against 3rd-party AIO options for 5600X (which you should go for if you want to run multi-threaded productivity apps), but is good enough for single-threaded tasks.

And the money saved is money earned.

All in all, if gaming is your primary focus with some 3d rendering and video encoding in between, this is the processor to go with right now.

The supported socket is the same AM4 which means you can potentially put it in a lot of different X470, A520, B550, and X570 motherboards.

Like other 5000 series processors, it managed to beat its Intel counterpart: 10700K.

Although the gap is not as big as it was in 5600X’s case, you still get 10% better performance across all games on average. Even the load times get better by 10%. In productivity apps, however, this gap widens to 20%.

Since all Ryzen 5000 processors got much praise from reviewers and fans alike, it’s natural for you to think that they come without any obvious drawback.

While it is true to some extent, there are some subtleties you have to consider.

The first one is the price. Ryzen CPUs are no longer the cheap alternative to Intel offerings, and AMD is fully aware of it.

This is why they have increased the prices of all these new processors by $50 from their predecessors.

This may not sound a big deal but considering the fact that you don’t get a bundled CPU cooler takes the overall cost even higher.

So if we have a slightly shorter budget, you can look at ryzen 3900X as well.

Both of these processors have the same price right now but that latter comes with a wraith prism LED cooler (you can’t enable SAM feature of Ryzen 6000 GPUs with Ryzen 3000 CPUs though).

The other thing we didn’t like is the minimum overclocking headroom, something that you should have at this price.

That being said, the level of performance you get without the overclocking makes it not a big issue.

Sorry Intel lovers, but in the current scenario, it’s really difficult to recommend any Intel CPU processor unless it’s on a big discount.

Being a part of the Ryzen 5000 CPU family, it uses 7nm Zen 3 architecture with increased IPC performance and efficiency.

The biggest change AMD has made in Zen 3 is that instead of two Core Complexes (CCX) per compute die (CCD), now each CCD (with up to 8 cores) has only one CCX.

This change decreases the latency when CPU cores communicate with each other as well as increases each core’s direct access to 32 MB L3 cache (instead of 16 MB).

As expected, 5900X beats its Intel counterpart (i9 10900K) in both gaming and productivity.

If we were to nitpick any one flaw in this otherwise perfect product, it would be that most of us probably don’t need these many cores and threads.

Such an expensive piece of hardware would be a total waste if you’re just buying it for gaming.

So unless you have to do regular heavy-duty tasks like 3D modeling and video encoding, I would suggest you look for its cheaper 5000 series siblings, such as 5600x.

You could argue about the absence of a CPU cooler as well, but Intel has been doing it for so many years as well.

Also, at this level, you would want to get the most of your workstation PC and AIO cooling is the best bet for it.

And the fact that Ryzen CPUs continue to push for maximum performance puts even more importance on having the right cooling solutions.

Fortunately for you, we have already written a guide about suitable 5900X cooling options (https://pcbuilderz.com/best-cpu-cooler-for-ryzen-9-5900x-and-5950x/).

So these were some of the best processors for RX 6800 and 6800 XT right now in our opinion.

All of the processors mentioned in our roundup are suitable for both of these new GPUs, and in the end, it boils down to what you want to achieve with your CPU.