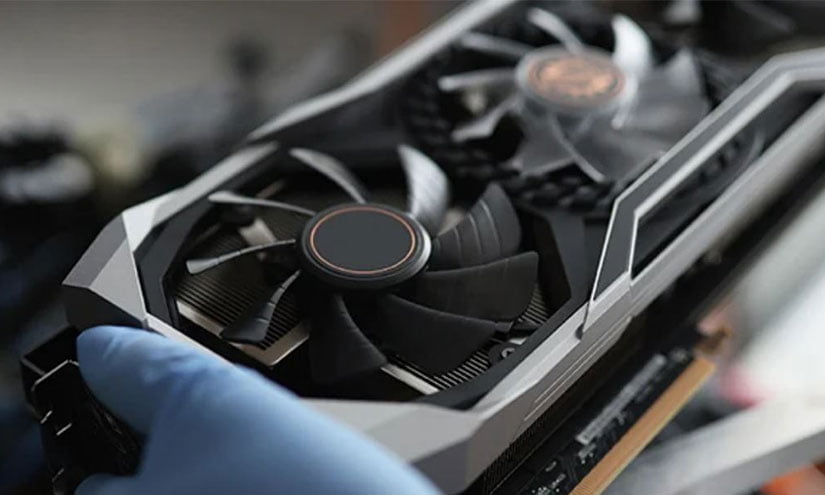 One of the main issues you can face in your PCMR journey are the loud GPU fans.

If you’re even a little active on PC subreddits and forums, you’ll came across many people who’re concerned about their GPU’s fan(s) being louder during gaming or boot time.

These fans can get loud due to dust, weared bearings, malfunctioning, or unoptimized fan curve. Diagnosing the correct issue is the key to finding the solution.

Hearing some ambient noise coming out from the graphics card is not an unusual experience. Despite featuring high-end fans with airflow-optimized blades, GPUs do make some noise when you’re doing heavy-duty tasks on your PC, such as gaming.

With that said, if your GPU fans are running louder than they used to be earlier, it’s a red flag regarding some problem in your card or PC.

How to Fix Loud GPU Fans

Below we’ll find out why it’s happening and how you can prevent it.

1. Fans are Loud at Startup Only

At first, you need to observe whether your GPU fans are loud the whole time you use PC or a just at startup?

If latter is the case, then there’s nothing to be worry about.

Fans are designed at run at 100% capacity by default. Even when we make change in its fan curve, it only takes effect once the Windows OS has loaded. And since Windows takes a few seconds to load, fans usually run faster in that time.

That being said, you should also consider your GPU’s age in this scenario as it can also be a sign of tired bearing(s).

If you’re experiencing the higher noise of GPU fans right after updating the GPU drivers, it means something is wrong with that drivers version (might be a bug). And you should uninstall the drivers and install any previous version to see if there’s any improvement.

No matter how clean you keep your PC or room, small amount of dust will settle on your PC components, including GPU fans. This dust will accumulate as the time passes and soon will make over your fans less efficient.

This will increase the heatsink’s temperature which, in turn, will make the GPU fans run faster. Other than this, dust can also create friction in the internal parts of your fans.

This is why you should remove dust from your PC time to time. You can use compressed air for narrow areas. If that’s not available you can also use a piece of cloth. But make sure to not use any excessive force as the fan blades are quite fragile.

Many times gamers use overclocking to increase clock speeds and get little extra juice out of their aging graphics cards. But this increased clock speed causes the graphics cards to get hot quickly and then fans have to run faster (and louder) to maintain the temperature level.

So if you’re experiencing the louder noise by fans after overclocking the GPU, consider under-clocking it to see if anything changes.

GPU fans come with different types of bearings that can wear out the passage of time and, consequently, fans make extra noise due to more friction. This issue is more common with older graphics cards.

You can easily solve it by pouring some oil down your fan’ bearings. Although any machine oil will be good enough for this purpose, sleeve bearings will require a heavier oil than the others. For more info, you can check this tutorial.

Sometimes GPU fans run louder because they’re just designed to do so. Thankfully, this extra speed can be reconfigured through their fan curve.

Fan curve refers to a graph which represents your GPU fans speed against different temperature levels. By adjusting this graph, you can decide how fast/slow your GPU fans run at any particular temperature.

You can tweak this curve through any GPU software in the market but our favorite is the MSI Afterburner.

If you’re still experience higher noise after applying all the methods above, it means there’s an internal fault in your GPU fans and you’ll probably have to replace them.