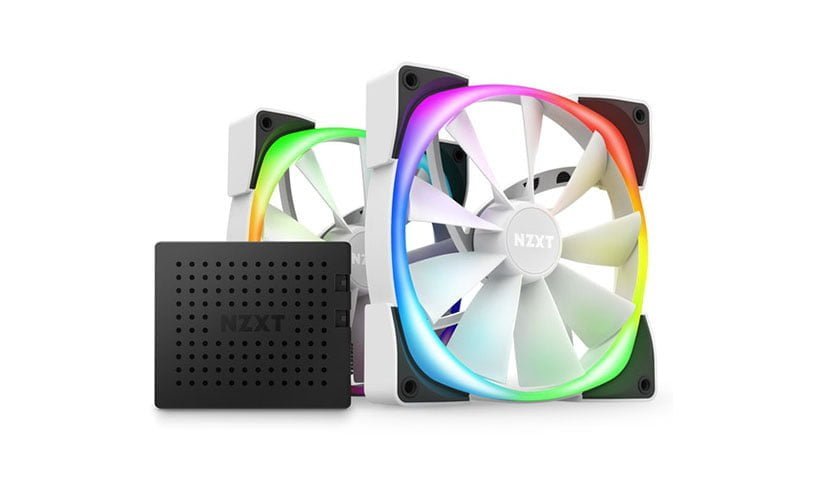 If you’re following us lately, you’ll know that NZXT H210i is our favorite mini-ITX chassis – and for good reasons.

It comes with a pre-installed LED strip, dust filters on all intake areas, USB type-C port on front-panel, and gives you fair amount of headroom for GPU and CPU cooler clearance.

It comes with two 120mm fans preinstalled but you can have up to two 120/140mm extra fans of your own too. 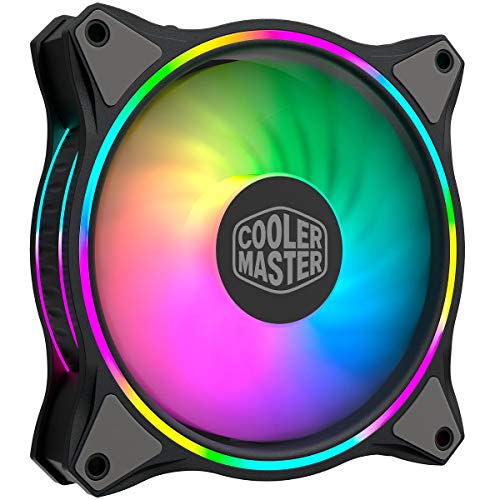 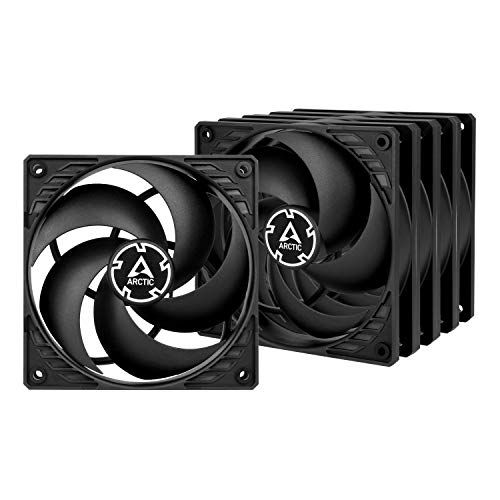 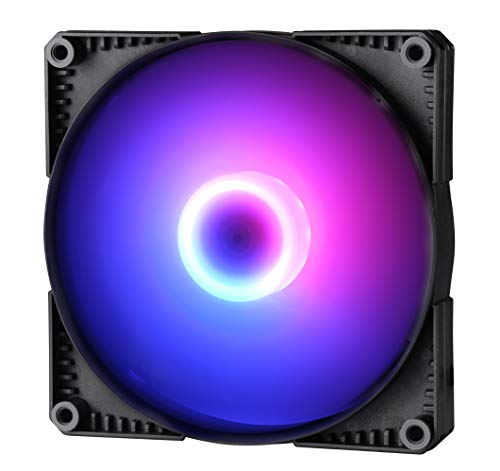 Since case fans are important to have an optimal airflow no matter how well-designed your chassis is, we decided to have this roundup about best aftermarket fans for NZXT H210i.

The H210i is the successor to the original H210. Since both are identical in terms of fan mounting options, you can use these case fans listed below for the latter as well.

But you can make it better by relocating at top-side fan to the front and pairing it with another aftermarket 120mm fan.

This will make the no. of intake fans more than the no. of exhausts which is better for the airflow. For 120mm fan, you can choose something like the Cooler Master’s MF120 Halo.

Unlike other fans, it has a quite thick round-shaped frame to accommodate two rings of ARGB LEDs (one towards front and other towards the back side).

This lighting is one of main highlights of MF120 Halo and can be controlled by any popular lighting control software such as Asus Aura Sync, MSI Mystic Light Sync, and ASRock Polychrome Sync.

It also has rifle bearings which makes it more silent as well as more reliable than a typical sleeve bearings fan.

The fan comes with 9-blade design, with each blade having wavy edges for a consistent balance between static air pressure and airflow. The good thing about this fan is that it stop spinning as soon as any foreign object touches it to reduce any damage to blades.

All of the screws remain hidden in the mounting corner which gives it a premium look. Each of these mounting corners come with an anti-vibration pad for extra stability.

The overall design is minimalist, with just the Cooler Master’ Logo in the middle .

It can be used as a pack of 3 as well as a single fan. But we would advise you to have only a single one as it doesn’t perform as good as a radiator fan which means the extra MF 120 Halos will be wasted.

But it works fine as a case fan, and has many things in its favor such as reasonable build quality, 24 addressable LEDs, clean wiring, etc.

It’s available in both black and white colors. But we liked that black edition which blends well with all-black H210i chassis.

Some people don’t like to go overboard with RGB lighting.

And since NZXT H210i already comes with pre-installed RGB, you won’t be blamed to want a non-RGB fan to keep things in balance.

If that is indeed the case, here’s Arctic P12.

Arctic is a big brand when it comes to PC cooling solutions and we’re in love with their CPU coolers and thermal compounds especially.

It has fluid dynamic bearings which are known for their less ambient noise, more sustainability, and overall greater lifespan compared to regular sleeve bearings.

During our testing, we found it to be exceptionally well.

The P12 managed to perform better than any other 120mm case fan, except the likes of Noctua’s NF-A12 and Nidex Gentle Typhoon.

This is insane especially when you the consider the fact that P12 seemingly has a simple 5-blade fan design.

Perhaps this dead-silent performance is the reason why Arctic uses this fan on their AIOs.

Being a non-RGB fan, it’s quite cheaper compared to MF120 Halo and easier to install (no RGB = less cables to manage).

All in all, you should definitely consider it if you want to improve your NZXT H20i’s airflow on a cheaper price.

But if you already own the H210i, you’ll know that it has the option to mount up to two 140mm fans at the front side too. This is the reason why our last pick will be a 140mm fan – Phanteks Sk140.

It’s similar to other case fans in terms of design but feels sturdy.

Another thing we noticed here is the direction of the airflow labelled on top of frame. This seemingly trivial info can be crucial in installing a case fan correctly.

Also, make sure to put silicon rings (they come as a part of the accessories) on top of screw corners before mounting it on your NZXT H210i as they prevent vibration.

As any other RGB fan, it has two cables: one D-RGB cable and one 4-pin PWM plug.

Lastly, the SK140 comes with rifle bearings which, as we’ve discussed above, are better than sleeve bearings in many aspects.