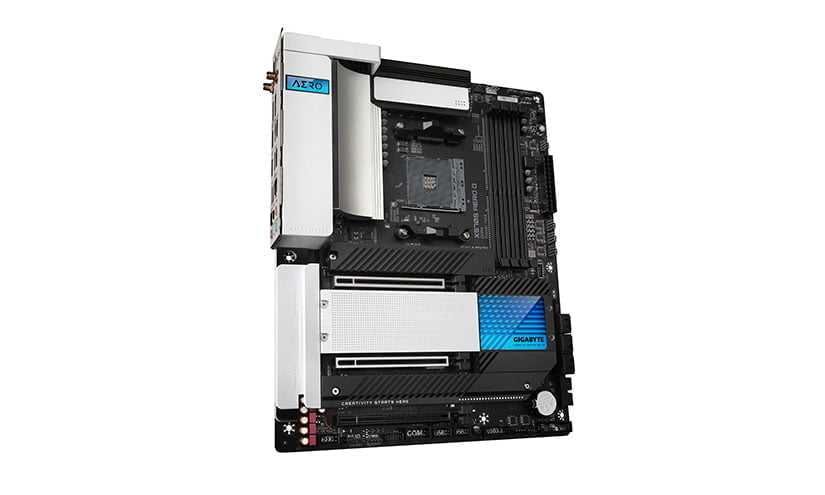 Lian Li is a well-known brand in PC chassis industry.

Their PC cases are known for their aluminum-based construction, well-thought-out design, and plenty of storage/AIO-mounting options.

Its current lineup includes Lian Li 011 Dynamic, 011 XL, and 011D Mini cases, among others. Although they’re slightly different in terms of dimensions and GPU/CPU cooler clearance, their motherboard compatibility remains same: All three of them support ATX, mATX, as well as mini-ITX motherboards. 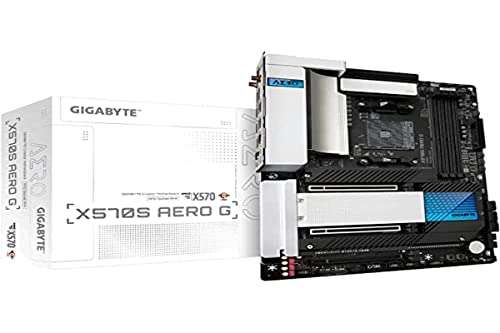 This is why we’ve made same recommendations for all three of them. These motherboards have different chipsets and different prices, so that you can pick one according t to your needs.

The first motherboard we have is the Asus’ Strix B550-F gaming – a premium B550 motherboard.

This color blends well with red/white accents on chipset heatsink and rear I/O shroud. Despite being a gaming motherboard, the limited amount of RGB lighting is used – something many non-gamers will appreciate.

Like other ATX motherboards, the socket area is pretty spacious and you can install most air coolers without having any RAM compatibility issue.

On the right side of socket area, you’ll find two VRM heatsinks. These heatsinks are necessary to cool down the 12+2 VRM setup which includes Digi+ VRM ASP1106 PWM controllers and Vishay SIC639 power stages.

Since each of these power stages can support up to 50A continuous current, the maximum output goes all the way to 700A (600A of which is for Vcore only). In simple words, you’ll have no issue in overclocking even the flagship Ryzen 9 processors.

The left VRM heatsink is further extended to the I/O cover. The rear I/O panel comes with generous amount of USB ports (both Type-A and Type-C) and other high-end features like WiFi AX, 2.5G LAN, BIOS flashback button etc.

There are two M.2 slots in this board.

The first one is the located above the first PCIe x16 slot while the lower one is located below the second PCIe x16 slot. Although both of these slots come with heatsinks, only the first one runs at PCIe 4.0 x4 mode. The second one is restricted to PCI 3.0 standard.

Same is the case with full-length PCIe slots. The top slot is steel-reinforced and runs at PCIe 4.0 x16 mode. The secondary slot has no such reinforcement and operates at PXIe .30 x16 mode.

Other than this, you also get three PCIe x1 slots and six SATA ports.

The B550 chipset was introduced by AMD as the cheaper alternative to X570 chipset. But the boundary between cheap X570 boards and premium B550 motherboards, and B550-F gaming is its classic example.

Despite being a B550 model, it’s expensive than many X570 boards – and for all the good reasons.

Gigabyte refreshed its X570 motherboard lineup in June 2021 by adding the letter ‘s’ at the end of the chipset part of their names. These motherboards are essentially same as other X570 motherboards but have no chipset fan which means less ambient noise (s equals to silent).

One of such refreshed motherboards is X570s Aero G – a premium motherboard designed for creators.

Like other Gigabyte’s creators-centric motherboards, this one also comes with a unique black/white color scheme.

The areas such like I/O shroud, VRM heatsink, and a single M.2 heatsink are covered in white while the PCB and DIMM slots are black.

It’s similar to what NZXT has done in their N7 motherboard.

Such a color scheme certainly looks eye-catchy but most of the PC builders would rather want their boards to be majority-black or majority-white.

Using this feature, you can use the USB 3.2 Gen 1 type-C and Displayport together to have data/video transfer as well as 60W charging to connected device at the same time. This combo means you’ll have less amount of cables to manage.

Another creators-centric feature is the inclusion of four M.2 slots and all of them come with their own heatsinks. You also get three PCIe full-length slots (with top 2 being steel-reinforced) that operate on 4.0 x16, 4.0 x8, and 3.0 x4 modes respectively.

Apart from the questionable black/white color scheme, non-ideal location for PCIe x4 slot, it’s hard to find a flaw in this motherboard. You can also argue about the higher price but it’s mainly due to the extra PCIe slots and USB ports – something necessary for many creators.

In case you want an Intel-based build inside your Lian Li O11 Dynamic/XL, there’s MSI Z590 Gaming Carbon WiFi for you.

Compatible with Intel’s 10th and 11th-Gen CPUs, it’s colored black for the most part – along with some grey accents here and there. Like other gaming motherboards, there’s some RGB implementation on chipset heatsink and I/O shroud.

The recent Intel CPUs are notorious for their higher power consumption. This is why Z590 Carbon comes with a 16-phase VRM with 75A power stages and Dual 8-pin power connectors to supply extra power.

There are three full-length PCIe slots: two of them are steel-reinforced and operate at X16 and X8/X8 respectively, while the bottom slot works at PCIe 3.0 x4 mode with no steel-reinforcement.

Above each of these PCIe slots, you’ll find an M.2 slot. Only the top M.2 slot has PCIe 4.0 compatibility while the rest of them are restricted to PCIe 3.0 x4 speed. All of these slots are covered with multiple screwed heatsinks and unscrewing all of them when assembling your PC for the first time can be a bit annoying.

If we talk about cons, then it would be the lack of BIOS flashback button and clunky M-flash feature.

On the other hand, we really liked the abundance of USB options, premium VRM setup, Debug LEDs, and the BIOS.