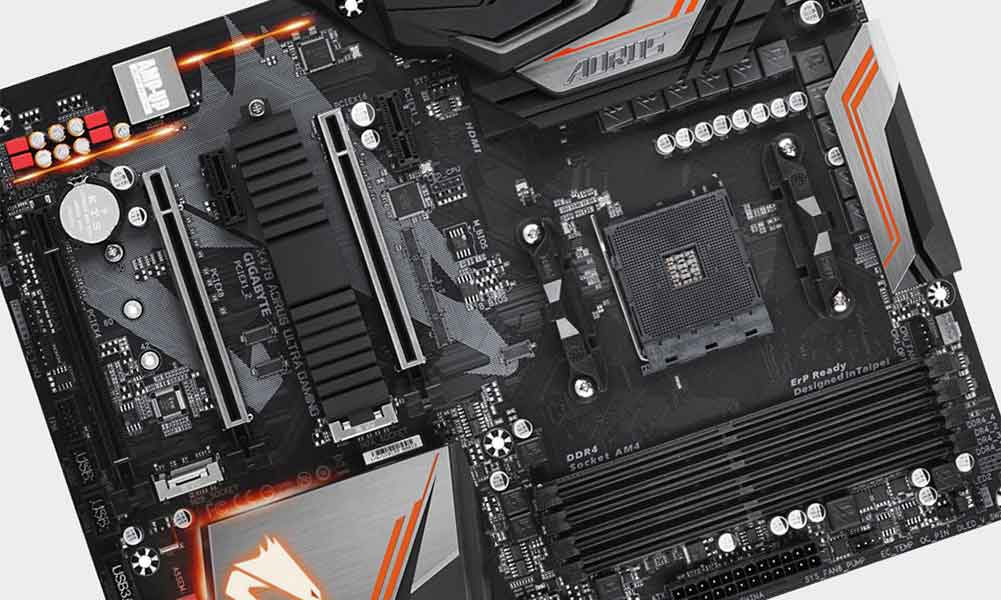 PCIe or Peripheral Component Interconnect Express is the established standard of interface for computer motherboards and additional components.

These can include storage, graphics cards, capture cards, network cards, and more. Since 2003, the PCIe standard has been used in motherboards and there have been incremental revisions to the standard that allow for more speed and bandwidth.

Typically, these come as slots in the motherboard with a designated number of lanes.

The higher the lanes, the faster the transfer speeds and bandwidth. PCIe lanes can also be directly allotted to dedicated hardware slots like SATA and M.2.

This is the fourth iteration of the PCIe standard that was brought to market by AMD with the launch of its Zen 2 series processors and the X570 chipset motherboards. Using this CPU+motherboard combo, you can have faster data transfer rates in PCIe 4.0 5600X graphics cards, and PCIe 4.0 SSDs.

While this specification has not yet been adopted by the Intel platform, the AMD platform already has multiple options available that can help you get your feet wet and get a feel for the new standard.

Structurally, the standard is very similar to the older PCIe 3.0 slot. However, electronically it is built for more power-efficient operation.

With each generational update, the PCIe standard has implemented an approximate double data transfer rate and bandwidth compared with the previous generation.

This is also true in the case of PCIe 4.0. In simple terms, it offers double the throughput of PCIe 3.0.

The older PCIe 3.0 standard has a maximum throughput of 8 GT/s for each PCIe lane. If you consider a standard device like an NVMe SSD, which usually takes up four PCIe lanes, you get a total of 32 GT/s of data throughput.

In the case of PCIe 4.0, this is exactly doubled with a per-lane throughput of 16 GT/s and a four-lane device having access to 64 GT/s of total throughput. This results in a bandwidth of 64 GB/s.

Apart from the doubling of bandwidth, there are no extra features attached to the latest generation of PCIe. However, this generation also comes with the OCuLink-2 connector.

The support for double data throughput is certainly exciting on paper. However, it might be a while until the benefits translate into actual, real-world performance improvements.

This is mostly due to the limitations in current use cases to harness the increased data rates of the new standard. However, there can already be substantial gains in particular use cases as we will discuss later.

Motherboards and CPUs that Support PCIe 4.0

At this time, PCIe 4.0 is only available on the AMD platform. The adoption of this new standard came up when AMD announced its new Zen 2 platform which included new CPUs and motherboard chipsets.

The support was first available for the Ryzen 3000 series CPU lineup with the use of an X570 motherboard – the premium consumer motherboard chipset from AMD.

More recently, PCIe 4.0 support has also been extended to the mid-range motherboard with the release of the AMD B550 chipset.

As a result, you can purchase B550 or X570 motherboards from multiple board partners and enjoy PCIe 4.0.

Note: With B550 motherboards, you only get a partial PCIe 4.0 connectivity because you don’t get these lanes from the chipset itself. Instead, you get it via CPU lanes with a Ryzen 3000/5000 processor. For more info, you can check our AMD’ chipsets comparison.

PCIe 4.0 support has also come to the workstation and server line of products from AMD.

This means that you can find support for PCIe 4.0 using the new 3000 series Threadripper on the TRX40 motherboard platform and also the new Epyc Rome server platform.

While there is currently no availability of PCIe 4.0 on the Intel platform for the desktop realm, Intel has already confirmed the release of its new line of mobile processors codenamed Tiger Lake which has native support for the latest PCIe standard.

These 10nm processors have integrated Intel XE-LP GPUs with support for PCIe 4.0 and Thunderbolt 4.

An important takeaway for PCIe 4.0 is the fact that the double bandwidth allows manufacturers to achieve the same speeds using only half the number of PCIe lanes than before.

It is also important to remember that there are only limited use cases that allow for components to fully saturate the maximum bandwidth of the older PCIe 3.0 bus.

This means palpable performance improvements using PCIe 4.0 might be currently limited to very specific use cases. 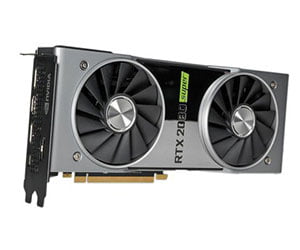 The higher throughput of the PCIe 4.0 standard means that communication with the GPU can be accomplished much faster.

However, even the most demanding games currently cannot max out the top bandwidth of the older PCIe 3.0 platform.

As a result, there is very little performance difference if you plug in a modern GPU in a PCIe 3.0 slot in place of a newer PCIe 4.0 slot.

While there is indeed no hurry to immediately adopt a PCIe 4.0 ecosystem if your main need is higher graphical performance and FPS while gaming, there can still be a few important benefits for you to consider.

Firstly, the much-reduced power requirements of the PCIe 4.0 standards can allow for extremely streamlined, power-efficient performance.

In fact, this is what has allowed the AMD RX 5500XT to deliver better power efficiency than its Nvidia rivals—a first in many years. Your gaming PC can, therefore, consume less power and run cooler and quieter if you embrace PCIe 4.0.

At this rate, it is possible that modern gaming applications would soon be able to max out the bandwidth of older PCIe 3.0 interfaces, at which point it would be crucial to use a PCIe 4.0 compatible platform. 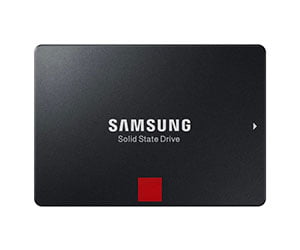 A more immediate boost of performance using PCIe 4.0 can happen in the realm of storage.

If you are looking for blazingly fast storage, using the PCIe 4.0 standard can definitely deliver some wild possibilities.

A number of manufacturers have already come out with PCIe 4.0 NVMe SSDs that can really harness the added throughput of the new PCIe standard and achieve excellent boosts in speeds compared with the last generation.

As a case in point, tests carried out with the Corsair MP600 and the Gigabyte Aorus SSD have already demonstrated unprecedented speeds, especially when moving large files.

The Gigabyte SSD has already been observed to reach 5 GBps read speeds and 4.3 GBps write speeds in sequential performance tests—results that are approximately 35% faster than some of the fastest NVMe SSDs that used the PCIe 3.0 specification.

The performance difference can be even more striking using a RAID 0 configuration.

In an interesting test, a PCIe 4.0 add-in card housing four 2TB PCIe 4.0 SSDs was able to achieve read and write speeds upwards of 15 GBps while in RAID 0.

This compares favorably to an earlier test in which eight PCIe 3.0 SSDs in RAID 0 were only able to achieve speeds of 11.6 GBps.

It is also important to remember that while PCIe standards are usually compatible both ways, there is currently no backward compatibility for PCIe 4.0 in the AMD platform.

While Gigabyte did manage to enable PCIe 4.0 support in some motherboards using a BIOS update, AMD has clearly mentioned that 300 and 400-series motherboards are going to be limited to PCIe 3.0 standards citing build quality issues.

It’s vital to remember that PCIe 4.0 is a very new specification and compatible hardware that can take full advantage of it has only started coming out very recently.

Over time, it is likely that manufacturers would be able to take more complete advantage of the standard and come up with hardware that is more capable of showing off the true speeds of PCIe 4.0.

However, if you are dealing with use cases that require extremely high-speed storage, like for content creation and video production workflows, you can already get sizable gains by adopting PCIe 4.0 compatible SSDs.

While you can definitely benefit from the faster SSD speeds and power-efficient GPU performance at the moment, palpable benefits are yet to come.

Another critical factor is the finalization of the PCIe 5.0 spec, which further doubles the bandwidth of PCIe 4.0 and is just around the corner.

In order to make your investments count, keep these facts in mind while purchasing current hardware that supports the PCIe 4.0 standard.