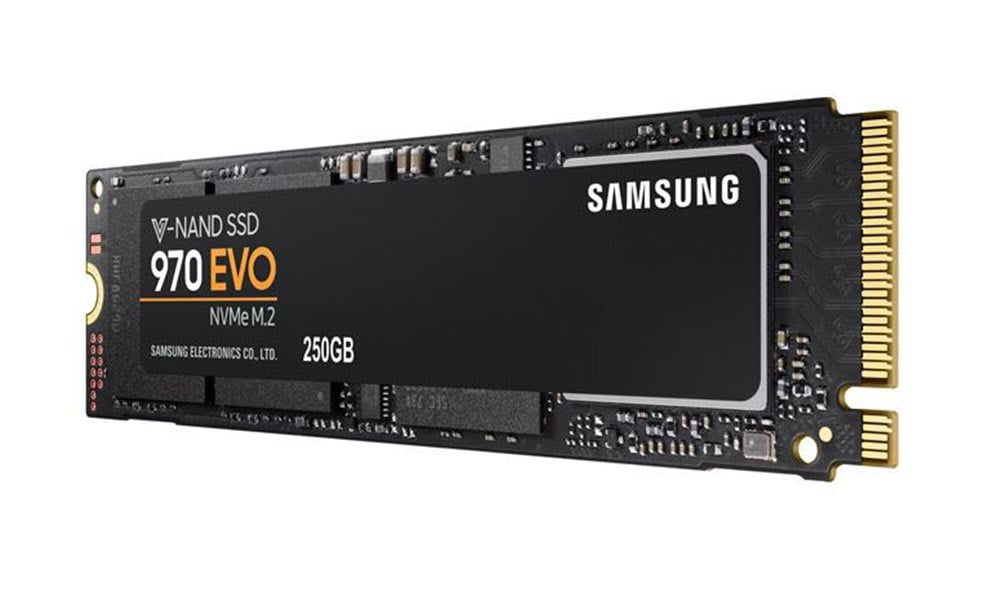 When scanning through your motherboard’s specs, under the storage interface section, you are likely to meet two interface types, M.2 and SATA.

In terms of the Serial AT Attachment interface, for the past decade we have been using SATA III but you are still liable to find older motherboards that still use SATA II.

The current SATA III revision is SATA 3.4. It was introduced in 2018 and features durable and ordered writing notifications, device temperature supervision, and device sleep signal timing.

You may be wondering why we’re discussing these storage interface standards when you clicked on this article to figure out what the differences between an NVMe, M.2, and SATA 3 SSD/HDD is.

This is what we will be discussing in this guide. We will be providing you with an overview and comparison of these form factors.

By the end of this guide, you will be able to understand what makes them different and which one will benefit you the most.  But first…

NVMe, M.2, and SATA III: What is the Difference?

Since its success over the Parallel ATA in the early 2000s, the Serial AT interface standard has been the favoured choice of storage device connections.

As you may be able to surmise from the name, SATA III, there have been three main revisions of this interface since its conception.

This is not a big problem since every revision is backward compatible. Each revision essentially uses the same port/socket.

Speaking of mechanical hard-drives, you are unlikely to see an NVMe/M.2 HDD unless someone comes up with a conversion kit (if they haven’t already).

However, this would be a waste of time. The performance boosts would not be significant enough to warrant it.

What we have noticed is that people often mistake the connection standard for the form factor.

In other words, some people believe rectangular drives are SATA connecting drives because of their shape.

When we cover M.2 drives, you will see that this is not the case at all.

But first, let us explore the differences between SATA III HDDs and SSDs and why you would want the latter.

Hard disk drives are what are known as electromechanical drives.

They have internal moving parts. If you put your ear to an external HDD while it’s reading or writing, you can hear it work.

They have internal disks (platters) and heads that work similarly to record player needles.

That is why the hard drive’s input/output speeds are measured in revolutions/rotations per minute (RPM).

For a long time, it was believed that HDDs last longer than SSDs.

This is especially true for SLC and MLC variants.

Thanks to their moving parts, HDDs may experience mechanical failures, particularly if they experience any shock.

Nevertheless, HDDs are still more affordable than SSDs despite the maturation of the latter’s market.

For retail and commercial drives, HDDs generally have higher storage capacities than SSDs.

SSDs are essentially flash drives. They are an arrangement of semiconductor chips.

And thus, unlike HDDs, they are not made up of moving parts which may be prone to failure, especially after they experience shock or trauma.

However, they’re still limited to the SATA’s 6GB/s transfer rate which was essentially built for HDDs in mind.

Generally, you must connect SATA III SSDs to your motherboard through a data cable.

In addition to this, you will need to connect them to your computer’s power supply unit using a power cable.

SATA III SSDs work and look like you have always known hard drives to work. NVMe type SSDs are a little different…

NVMe SSDs generally look a bit like RAM modules. This makes sense since they are essentially non-volatile memory sticks.

Therefore, it doesn’t actually describe the form factor but how data is transported.

Although you can tell if a drive is an NVMe drive by simply looking at it.

Remember how we spoke about storage interfaces earlier in this guide? Your NVMe drive can either slot into the PCI-express socket like a PCIe-based WiFI card or it can use an M.2 interface and slot into your M2A or M2B socket.

This balances out to faster transfer speeds. Depending on your SSD’s manufacturer you can see speeds that are up to six times faster than traditional SATA III drives.

However, this performance boost is only seen when transferring large files or large chunks of files.

For instance, a SATA III will roughly take the same amount of time to write a 1 MB file that an NVMe will.

But if you copy a 1GB size file or folder to an NVMe drive, it will take less time than a typical SATA III drive will.

However, these speed boosts do come at a price. NVMe SSDs are generally more expensive than 2.5” SSDs.

Again, you can either get them in a PCIe or M.2 form factor. We will explain the differences in the next section.

Examples of good NVMe drives include:

SATA and NVMe describe the connection interface, while M.2 describes the form factor. In other words, it describes how the SSD fits into your build.

This essentially means that you can get M.2 SSDs with different interface protocols.

You can get your M.2 drive as SATA or NVMe. Of course, these are not the only interface protocols out there. You get mSATA, SATA Express and U.2.

Most NVMe drives use the M.2 form factor. M.2 was made to replace the mSATA interface.

In addition to their 6GB/s transfer speed limitations, they were also limited to a maximum capacity of 1TB.

An M.2 SATA SSD virtually performs as well as an old-school 2.5” SSDs. The form factors do not influence performance as much as the interface protocols.

This is important. When you are looking to purchase an NVMe SSD, make sure that it has NVMe in the name.

Don’t just buy it cause it looks like a piece of RAM or has M.2 in its name.

Here are examples of M.2 drives with different interface protocols:

So, should you go with a SATA III or NVMe? In addition to this, which form factor should you choose? It depends on your preference and usage.

If you are a content creator, video creator or user who reads and writes huge chunks of data to and from your hard drive daily, then you are likely to benefit more from using an NVMe.

But if your usage is less intense, then you are better off purchasing a SATA III SSD.

This means gamers, streamers and image-based graphics designers should consider purchasing a SATA III SSD over an NVMe SSD.

But which form factor should you choose? If you purchase a SATA III SSD for your laptop, then you’d benefit from the space-saving qualities of an mSATA or M.2 SATA.

If your case has enough space and you’re looking for a SATA drive, then purchasing an M.2 SATA wouldn’t make much space.

But if you’re going to purchase a PCIe or NVMe drive, then yes, it will most likely arrive in an M.2 form factor.

Whichever drive you end up choosing, we hope that you have found this guide to be helpful.

In it, we explored the differences between NVME, SATA III, and M.2 hard drives. As always, thank you for reading.