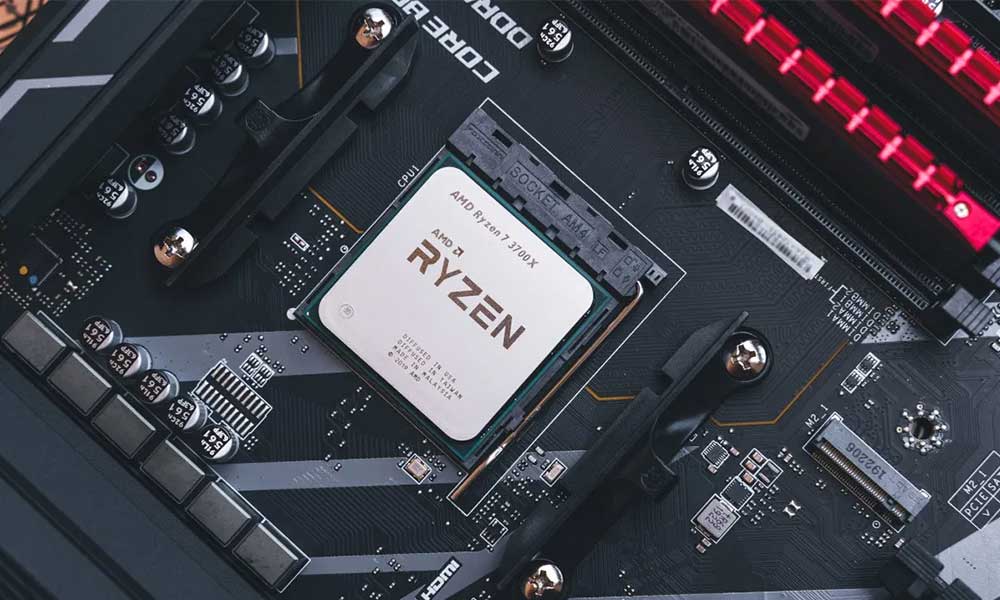 The Ryzen 3 generation has shown once more that processors don’t have to be in the top-tier range to blow the competition out of the water and play AAA games..

For those of us who just want something simple and don’t want to spend all our money on a build, these are affordable and powerful processors that get the job done.

More so, they run with more threads and higher clock speeds than Intels recent offering making AMD just a naturally better choice in a wide variety of situations.

Even for streamers and content producers, the cheap Ryzen 3 3300X offers enough power to get your feet wet in the streaming and editing world.

I could rave about the new AMD offerings for a while, just know, I think it’s a gamechanger.

That new processor does need a nice AM4 socket motherboard though to take advantage of that cheap as chips power!

This is a tough decision and that’s a good thing. I’ve often been disappointed by some of the strange decisions AMD has made over the years (The GPU market alone has more than a fair share of unimpressive AMD failures).

AMD has broken away from the history of failed launches though and finally keyed in on what we as users want.

The 3100 and 3300X are both fantastic values, it’s simply a matter of how much you want to spend. Both are just really good purchases though.

Running at the same TDP the biggest difference is actually in the base clock speed with the 3300X with it running around 400 MHz faster.

What really makes this extra cost worth it though is the performance.

Even the 3100 is just slightly slower than the competing i7. They’re both fantastic processors at CHEAP prices.

You’ll be playing 1080p AAA games at fast speeds with either of these options, especially the 3300X

The first on our list is a beast of a motherboard, it’s not cheap but there is a good reason to consider a solid motherboard with this purchase.

Your processor (Be it the 3100 or 3300X) is likely pretty powerful but still will lag behind newer and better CPU options.

In the lower-tier end, Ryzen 3 annihilates competition, in fact, it performs on par with even recent i7-7700K processors.

Where this doesn’t seem as cool or fun though is in switching to 2K and 4K gaming.

If by chance the itch to play at better resolutions ever strikes you, a nice motherboard future proofs your investment.

Motherboard turnover is a bit slower than processor turnover and the sunk investment cost is pretty light with the 3100.

Plus there are a bevy of important features that make gaming in the future easier, not the least of these being that PCIe 4.0 will be ready soon enough for mainstream use.

This is an awesome board and sort of fits the niche of those who know they don’t want to replace the motherboard soon but want to save on the CPU.

The MSI B450 Tomahawk (Also branded as the MSI Arsenal) is a fantastic mobo. I’ll admit, I’m a bit of an MSI fanboy.

They produce solid products often at a good costpoint. The B450 comes in the normal form and also the Tomahawk Max.

The Max is actually cheaper and has an updated BIOS meaning support out of the box.

One of the most obnoxious problems I’ve encountered with AMD is newer motherboards often need a BIOS update.

Having it already done is such a headache relief. The Tomahawk offers the best of current gen technology and as such is a bit cheaper than other offerings like X570 boards.

You won’t be able to run PCIe 4.0 but if you’re picking up a fancy new Ryzen 3 3100 processor, keeping costs low while being future-proofed is probably important to you.

You can also upgrade in the future as this will run with any Ryzen Gen 3 cards.

I love the design of MSI boards for the easy to use BIOS, excellent tech support, and use of black steel.

They just always make the slickest looking boards! While it doesn’t come with Wi-Fi, a simple PCIe adapter is enough to add that and you still do get great NVMe support meaning that you can put in blazing fast SSD.

Quad CrossFire, 7.1 Audio, X570 chipset, and even PCIe 4.0. For the price, this is one of the best boards you’ll find. You can jam multiple GPUs into it, and basically it runs with the newest and highest quality Ryzen devices.

That means you’ll need a case that is a bit smaller and might need to practice using nimble hands when installing parts as there isn’t as much room.

Still, for a micro build, this mobo let’s you prepare for the future with the blistering fast PCIe 4.0, add tons of GPUs, and still run an excellent processor.

It’s my favorite board on this and although I rock an ATX build, it’s enough to make me consider upgrading to a smaller form factor.

With a Ryzen 3 3300X you can put a decent GPU in this and have yourself a pretty mighty machine that has room to upgrade in the future.

Although CrossFire is cool, I have had some pretty meh results so I’d be very careful before going all in.

That being said this was my favorite mobo of the whole group. I would say it really affordable as well which is nice when you are building a rig like this.

I really like the ASUS TUF Gaming B550-PLUS, it offers almost all the features of a top-tier mobo while remaining very affordable.

As one of the cheapest options, it still allows for PCIe 4.0 meaning that you can build a cheap, powerful little rig and be assured that a simple change like adding a better GPU or even upgrading your processor in the future will give you a machine that feels brand new.

Aura Sync is ASUS answer to LED allowing you to sync any ASUS peripherals together.

This is a pretty nifty feature although the board itself only has an LED RGB header and isn’t really chock full of light. One unique feature too is BIOS Flashback.

Having to update the BIOS can be a bit scary and a poor job will brick your motherboard.

Luckily they’ve offered a solution that only requires a well-formatted USB stick and you can flash the BIOS without all the nerve-wracking choices involved.

If you are tight for money this might be the best option, it doesn’t have all the bells and whistles of the MicroATX offerings but is affordable and does what a mobo needs to do fairly well.

Building a new rig is one of the most rewarding experiences in gaming today. PC’s offer more customization, freedom, and power at a lower cost than ever before.

Even with a lower-end CPU like a 3rd Gen Ryzen 3, you can experience today’s epic AAA content and play it surprisingly well.

Building a PC isn’t always easy and picking between all the different configurations can be challenging.

Take it from a professional that you can’t go wrong with the R3 3300X, it’s a lot of power at an enticing price.

I’d recommend that over the 3100 although AMD has really brought a stellar processor to market in that as well.

With your CPU you’ll need a mobo and you might as well go for something that balances both the budget of today with the long-term value of tomorrow.

If something on this list looked intriguing, take a moment and consider picking it up! I spend a lot of time making sure the Motherboards selected are top-notch and know you’ll find something you love. Until next time, good luck building!