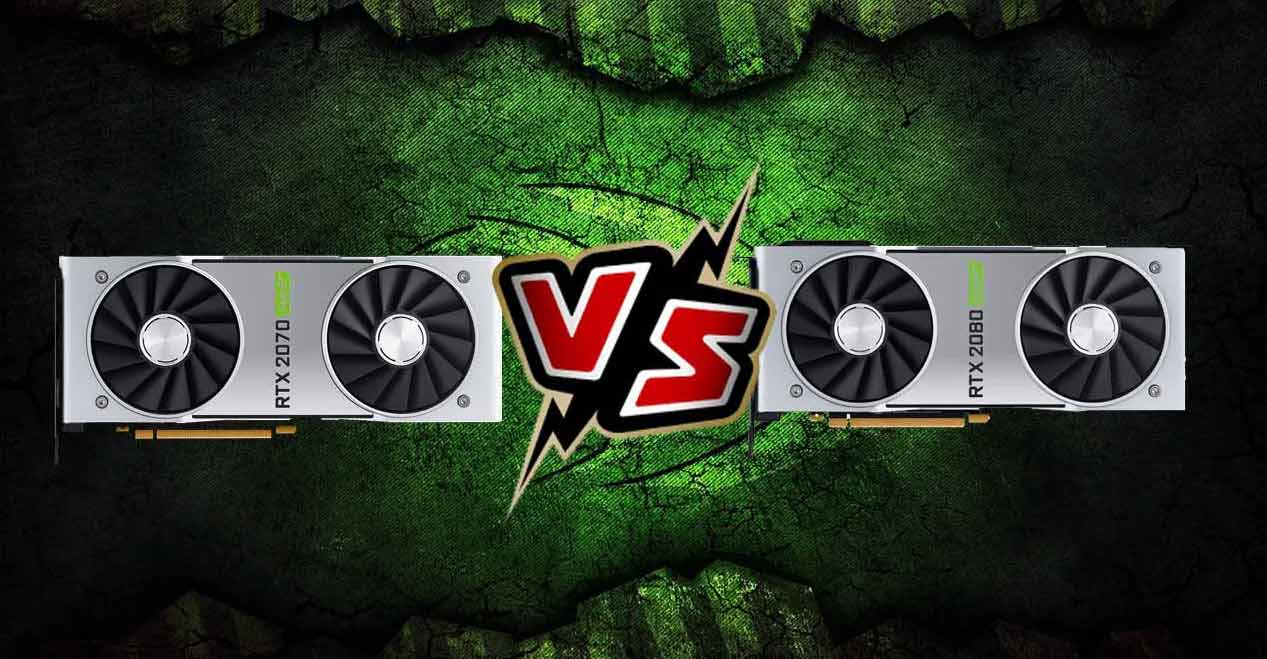 Thanks to the Nvidia RTX 3080’s (imminent) release, you can expect price-cuts for all GPUs in the GeForce 20 series.

But which high-end super card delivers the best performance, and thus, more bang for your buck? Well, as always, your good friends at PCBuilderz are here to guide you to the right decision. You can also check out our Ryzen 5 5600X GPU Guide for more info.

According to Steam, less than 10% of gamers use anything above 1920×1080 as their primary display resolution. As you will see, both cards handle this resolution quite well.

This should come as no surprise, considering that Gears 5 is an Nvidia-optimized game. Nevertheless, publications such as Gaming Bolt consider it to have some of the best graphics of 2019 and it’s a good litmus test to determine how the RTX 2070 Super will perform with other games.

Both Cards have no problem bullying the 1080p resolution. Despite not a lot of gamers playing on the 1440p, it is important to test these cards on it. It gives gamers a chance to assess whether they are future proof or not.

In truth, this resolution is what these cards are best suited for.

With it turned on, the effects are gorgeous. Sunsets in the game appear close to ethereal. Shadows have a real life-like quality to them. We concur and share Nvidia’s opinions on the subject. Gamers should have a chance to experience Red Dead Redemption 2 with at least the RTX 2070 Super running it at 1440p.

What the RTX 2080 Super does that the RTX 2070 Super can hold an average frame rate of 60 FPS when running Red Dead Redemption 2 on ultra-settings. In-game movements are smooth and fluid.

Colors are vibrant and you can almost distinguish all the fibers on your horse’s hide. FOV rendering is also impressive. While the RTX 2080 Super beats the RTX 2070 Super in this regard, it still underperforms against the RTX 2080 Ti.

RTX 2070 Super: Few graphics cards can currently handle 4K smoothly. You will get 60 FPS+ when you play older games such as Battlefield V or the Witcher 3 on high settings. However, we don’t suggest that you activate ray tracing unless you’re comfortable with some screen tearing. If you’re dead set on playing on a 4K monitor with this graphics card, make sure that you run it on medium or high settings (depending on the game).

RTX 2080 Super: An RTX 2080 Super graphics card paired with a 4K monitor with a decent refresh rate sounds like a recipe for a good time. Overclock the card and you will get respectable 4K performances with no sweat. Overall, the RTX 2080 Super is better suited to the 4K resolution than the RTX 2070 Super is.

The RTX 2080 Super undoubtedly outpaces the RTX 2070 Super on nearly all fronts, except for the price. However, the performance gap was never worth an additional $200. There are simply better graphics cards than the RTX 2080 Super at its price point.

If I had to choose which graphics card to purchase based on the release day price, I would choose the RTX 2070 Super. Based on dollar-per-performance, it is a more favorable deal.

In this guide, we pitted the Nvidia GeForce RTX 2070 Super against the GeForce RTX 2080 Super. Both are high-end cards that can handle games at 1440p (and even at 2160p). At the end of the day, there are still more price effective cards. However, they may not be able to match these cards’ ray tracing abilities.