The Ryzen 5000 series is here, and upgrading to any of these processors will give your PC a decent performance boost.

Despite offering a big performance uplift, these processors consume roughly the same power as their predecessors. It means you don’t need to buy a new PSU if you’re upgrading from 3900X or 3950X. 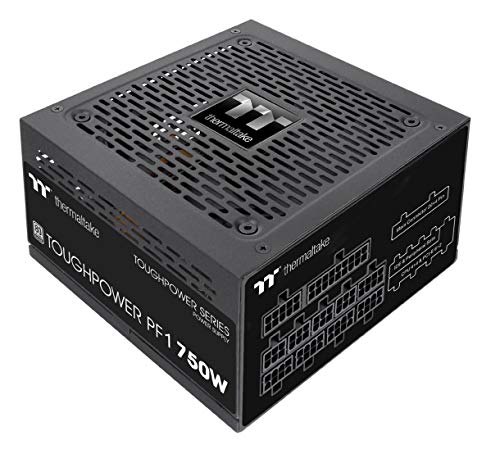 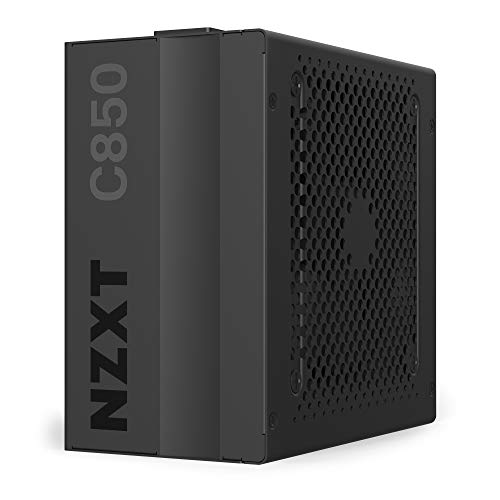 But if you’ve previously owned a Ryzen R5 or Intel i5 model, you will need a better power supply unit.

We have recently written a post about PSUs for Ryzen 5600X/5800X. This prompted us to continue this mini-series and write about PSUs for 5900X and 5950X. Since both of these CPUs are Ryzen 9 models, we have grouped them.

So without any ado, let’s start.

It looks like any other ATX PSU but has a relatively smaller profile. Unlike other PSUs, the fan is installed on the top side while the technical specs are listed on the bottom.

The modular panel has organized into two sections. The top section has the 24-pin main connector, while the others, such as PCIe and SATA connectors, are located on the lower section. Some people may feel these sections to be a bit cramped.

On the inside, you’ll see well-organized components, with 105c Japanese Rubycon capacitors and a 120mm hydraulic bearing TT-1225 fan being the highlight.

Along with this fan, Thermaltake has made some design adjustments that keeps the temperature low. The new design has the SMD on the topmost side of the PCB, which creates airflow at the base of the PSU.

The fan does not spin until the load goes past 30%, but you can turn off this feature by a toggle switch at the back.

Like many other Thermaltake PSUs, there’s low-ripple noise output, meaning minimal voltage fluctuation. Despite being a 750W, we managed to achieve more before it shut down. It’s rated at 80+ platinum, meaning it’s more efficient than other many competing 80+ gold PSUs.

There’s no RGB or any other flashy feature, but PF1 performs all its core tasks exceptionally. Also not to forget about the huge 10-year warranty.

Although dubbed as a gaming PSU, there’s no RGB lighting whatsoever.

It’s not a big deal for us, but for many gamers, it is. But the overall design is sleek, with ventilation holes on different sides.

It’s similar to the NZXT E850 but doesn’t come with CAM digital integration.

Like every high-end PSU these days, the C850 comes with a zero RPM fan mode, multi-GPU support, 80+ Gold certification, and a 10-year warranty.

There’s a cable provided for every connector, meaning you can utilize each one of them if you want to. This is important because some companies only provide a limited number of cables. These cables are sleeved, which makes them look good as well as increase durability.

It performs reasonably well but can’t keep up with other PSUs (such as Corsair RM850X and XPG Core Reactor 850) in load regulation and hold-up time due to lower-capacity bulk capacitors.

We didn’t like the fan’s extra noise under heavy stress (it works great in normal circumstances, though) and the small gap between the connectors.

But the main reason why went for it, instead of Rm850X, is the price. It’s roughly $50 cheaper compared than RM850X, which can be a big difference if you have a tight budget.