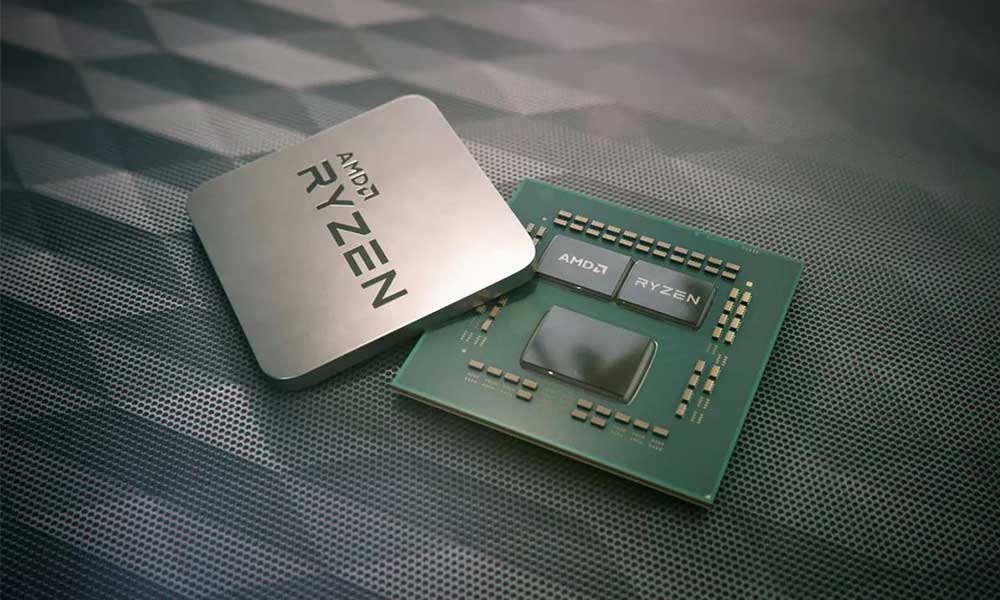 The CPU is called the brain of a computer for a reason.

Also known as microprocessor, it is a small chip that fits into your motherboard and performs all the calculations required to run a computer.

In simple words, it takes input, performs some operations based on that input, and produces an output.

When you’re out in the market looking to build your new PC, or even buying a pre-built system, understanding the CPU is crucial if you want to get most out of your machine. But this is not easy as many people don’t understand different specs and terms that differentiate one CPU from another.

In this article, we will help you understand these terms to make a better decision while choosing one for your system.

In laptop and desktop CPUs, there are two major brands: AMD and Intel.

Until a few years ago, Intel was a premium brand with powerful CPUs while AMD’s offerings were budget-friendly.

But all of this has changed since July 2019.

With the introduction of 7nm micro-architecture, AMD has managed to take the lead in productivity apps while Intel CPUs give slightly better gaming experience due to their better single-core performance.

But due to their backward compatibility and relatively more cores/threads, AMD CPUs are currently being considered a better band for the buck – unless you get one from Intel at a big discount.

Whenever you buy a CPU, make sure you put it into a motherboard with a compatible socket.

A socket is the area of the motherboard where you put a CPU. Different socket types have different sizes and pin structures, and a CPU won’t physically fit nicely into a non-compatible socket.

In terms of socket compatibility, AMD takes a good lead over the Intel. All of their Ryzen series processors, from 1st to 4th Gen, support AM4 socket, giving you plenty of motherboard-CPU combo options.

On the other hand, Intel’s current 10th Gen CPUs support LGA 1200 socket, and new 11th Gen models will most probably do the same. The older 8th and 9th Gen processors support LGA 1151 socket and therefore are not compatible with the new Z490 and Z590 motherboards.

As crucial as CPU is, it does not do all work on its own and relies on the motherboard chipset to communicate with your PC components.

A chipset determines what features can or cannot be present in a motherboard.

For example, it determines the number of USB ports, number of PCIe slots, and RAM slots a motherboard can have. Not only that, it can decide whether or not you can do things like overclocking with your CPU.

Chipset compatibility is the most critical factor you should look at when buying a CPU for a motherboard or vice versa. It’s because different chipsets are compatible with different CPUs.

In the beginning, CPUs would come with single cores. When intensive software/games started to push the limit for those single-cores CPUs, both Intel and AMD began to make dual-core CPUs where you get two cores in one processor.

Once those dual-core CPUs started to hit the performance plateau, we saw the release of quad-cores and octa-core CPUs. The trend has continued to this day, and now we have some consumer CPUs, like the Ryzen 5950X, with 16 cores. But this is not the end.

AMD has the Threadripper CPUs for enthusiasts and professionals, and the flagship CPU of this series (the 3990X) gives you no less than 64 cores – but it costs 4000 bucks as well.

An average user certainly doesn’t need this many cores. Even some of the biggest AAA titles today can only utilize up to six CPU cores. So if gaming is your only focus, it doesn’t make any sense to go beyond Ryzen 5/i5 processors.

Another CPU technology to emerge in recent times is Hyperthreading/multi-threading. Named as such by Intel and AMD respectively, they essentially mean the same thing.

So what’s a thread?

You can think of it as a logical core. Two threads inside one CPU core allow that core to process two tasks simultaneously.

Among Ryzen CPUs, all of them (from Ryzen 3 to Ryzen 9 models) support multi-threading. But Intel has reserved this feature in their flagship i7 and i9 series only.

So having extra threads is beneficial?

Like so many other answers related to PC hardware, it depends. In productivity apps, multi-threading certainly helps. It is one of the main reasons why Ryzen CPUs perform better than Intel’s in apps like Adobe Premiere Pro, Blender, and Handbrake.

On the other, PC games rely on single-core performance. It is why i5 CPUs match Ryzen 5 models in gaming despite having half CPU threads.

Overclocking is a method through which we can increase the clock speed of a CPU. It’s trendy among PC enthusiasts and can help you get the most of your CPU. The downside is that it makes your CPU consume a lot of power and produce a lot more heat.

Both Intel and AMD have different approaches to overlocking. All of Ryzen CPUs are ‘unlocked’ out of the box – meaning you can overclock them. However, Intel only provides this feature in their K-suffix models (such as i5-10600K).

Whichever brand you go with, make sure to have an overclock-supporting motherboard, an adequate cooling solution, a high-quality PSU, and a PC case with good airflow, before starting anything.

Cache memory is the fastest memory you have in your system and retrieves data to and from the CPU.

It’s similar to the RAM because data is not stored permanently here. But being part of the CPU itself, it’s much faster (and much smaller-sized) than the RAM.

The CPU cache is further divided into three levels: L1, L2, and L3 cache – with L1 being the fastest and L3 being the slowest. Generally speaking, more cache size means better real-world performance, but it can’t be considered as a standalone spec when you’re looking for a CPU.

The TDP or Thermal Output indicates the maximum power a CPU is expected to need. It also determines how powerful a cooling system is required to cool down that CPU – something you should note if you intend to overclock it later.

The lower TDP generally means a CPU will consume less power to operate and will need a less powerful CPU cooler to work. Likewise, the high-TDP CPUs (such as Ryzen 9 5900X) consume more power and require better PSU and cooler, as a result.

Like many other things, AMD and Intel have different approaches to this feature.

Most Intel CPUs feature an integrated graphics unit, except the F-suffix models (such as i5-9600f).

On the other hand, AMD does not put these integrated graphics with its CPUs at all. But they do have some APUs (Accelerated Processing Units), such as Ryzen 3200G and 3400G, that have more powerful integrated graphics unit (Vega 7/9) than what you get in Intel models.

As far as these units’ actual value is concerned, it depends on what games you want to play and your budget.

Intel’s iGPUs aren’t made for any gaming. However, Ryzen APUs can give you some entry-level gaming at a lower resolution, such as 720p.

But still, they can’t come close to even the base-level dedicated GPUs.

Thus, we would always recommend going for dedicated graphics solutions as long as your budget allows.

Buying the CPU is a crucial part when you’re building/upgrading a PC. But after knowing what each of its specs means, you can make this whole process much easier for yourself.