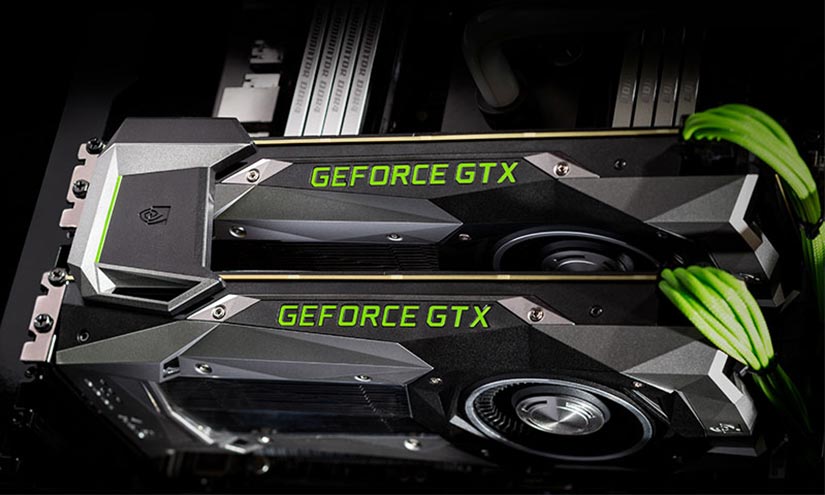 SLI and CrossFire are different technologies, created by Nvidia and AMD respectively, that allow you to use connect multiple graphics cards to work together in a single system.

While their concept is good, they couldn’t gain mass popularity due to various issues, such as scalability, game compatibility, extra power consumption, and motherboard compatibility.

And since desktop GPUs have become quite powerful over the years, you don’t need multiple cards to play a AAA title no matter what resolution you play at. That’s why most PC gamers opt for a single graphics card these days.

But instead of abandoning the concept altogether, Nvidia released a similar feature called NVLink in 2018, that promises to achieve what SLI/Crossfire couldn’t.

Although it was present in their Quadro-based workstation GPUs for quite some time, Nvidia put in gaming GPUs with the launch of RTX 2000 cards.

While both of them are used for multi-GPU setups, NVLink and SLI are two different features and work differently.

In SLI, there’s a master-slave relationship between the connected cards, with one of them being designated as master and others as slaves. They are connected via Nvidia’s SLI bridge that has a maximum bandwidth of 2 GB/s.

As you’ve may have realized, this approach is inherently flawed as the master GPU has very little role to play except directing the slave GPU(s). And this is also the reason why you can’t add up VRAM of multiple cards in SLI and crossfire setups.

On the other hand, data transfer is bi-directional in NVLink, cards work in a mesh configuration instead of a master-slave relationship, and each of them can communicate with the CPU directly. The graphics cards are connected using an NVLink connector that gives you 25 GB/s bandwidth.

This higher bandwidth allows your system to access their memories at the same time and treat these multiple cards as a one beefy GPU with double, triple, or even quadruple VRAM.

Another big advantage NVLink has over SLI is the motherboard compatibility. You don’t need any special NVLink-certified board. Only multiple PCIe slots are needed.

Is NVLink Worth it?

While NVLink is a step-up from the SLI, it still doesn’t make sense to use multiple cards for only gaming.

In RTX 3000 series, Nvidia has reduced the NVLink functionality to only flagship RTX 3090. It means that unless you want to run ultra-demanding games like Cyberpunk 2077 on 8K resolution, there’s no need to have two RTX 3090 cards for only gaming.

Not to forget that developers have shifted their focus away from optimizing their games for multi-GPU configurations in recent times, causing some games to micro-stutter and negative-scale. This is also the reason why some older games actually perform slightly worse with multiple graphics cards than they do with a single one.

But to be honest, developers are not entirely at fault here. Multi-GPU configurations have a very narrow market base and it doesn’t make sense to allocate your resource towards a technology most consumers won’t use.

With that said, NVLink is definitely a big step in the right direction. And if you need extra power for things like 3d rendering, video encoding, or deep learning, NVLink is a far better choice than SLI or Crossfire configurations.