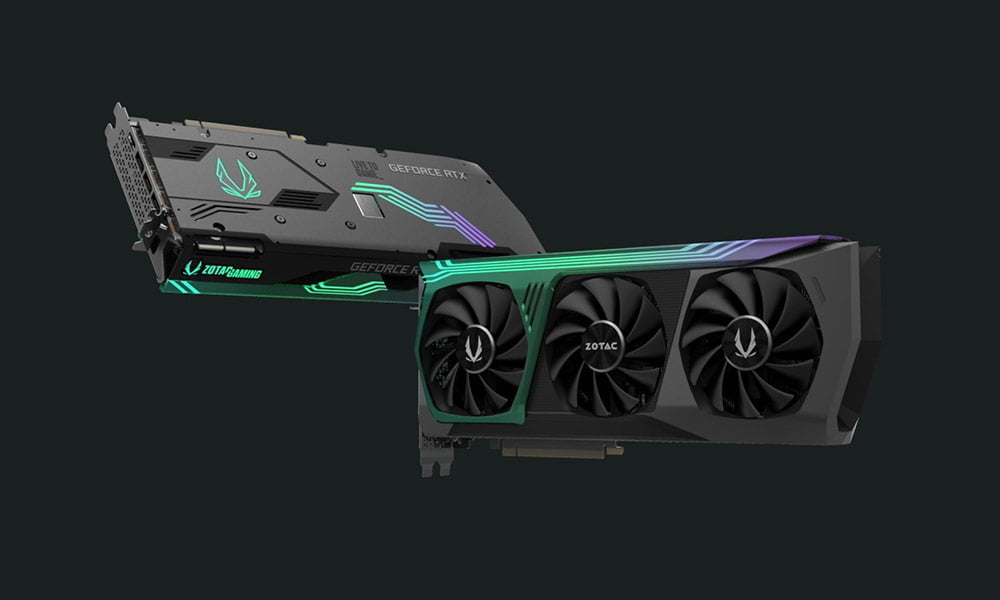 A graphics card is the PC component responsible for rendering graphics to the display. It takes the graphical tasks away from the CPU and RAM, making them perform other tasks quickly.

Most peomaple use the terms graphics card and GPU interchangeably (including us), but it’s not technically correct. GPU, or graphics processing unit, is just one of many components inside a graphics card, including its own RAM and circuit board.

A graphics card’s main job is to receive data from the CPU and send output to the monitor. Needless to say, a graphics card is the most critical factor when it comes to PC gaming and can make your experience from average to awesome.

But as is the case with other components, all graphics cards are not the same.

In this article, we’ll talk about the key factors that differentiate one graphics card from the other and which factors you should pay attention to while making a purchase.

If you have ever looked into AMD and Nvidia’s GPU specs-sheet, you’ll see these two terms: Stream processors and CUDA cores.

Named as such by AMD and Nvidia, respectively, they both refer to the same thing and indicate how powerful your GPU is.

Just as a processor consists of multiple cores, a GPU consists of hundreds of pixel processors that help perform operations more efficiently.

However, in practice, you cannot compare two GPUs based on their stream processors and CUDA cores because both Nvidia and AMD have unique GPU architectures.

The pixel processors we discussed above operate at a clock speed, just like CPU cores. For those who don’t know, clock speed refers to the number of operations these cores perform in one second and measured in MHz.

Like stream processors/CUDA cores, the clock speed can’t be used for comparison between two GPUs due to various other factors. But all other things being equal, the higher clock speed will result in better performance.

Like CPUs, graphics cards support overclocking, meaning you can increase your clock speed slightly to get more juice out of it.

But this can also result in more power consumption. So make sure you have a spacious case and a capable PSU for this purpose.

VRAM stands for Video RAM and is the memory inside your graphics card. It stores all the graphical data and acts as a buffer between the GPU and the processor. More VRAM is always better as there will be space to store more data at one time.

But it also makes a graphics card more expensive.

It’s important to decide the amount of VRAM you need beforehand because you can’t upgrade it later, as you do with regular RAM.

How much VRAM you need depends on the games you play and the resolutions at which you play them.

Like conventional RAM, VRAM comes in different types, and these types play a huge role in how well it performs. Gaming graphics cards come with different versions of GDDR memory from 1 to 6, such as GDDR5, GDDR5X, GDDR6, etc.

The GDDR6 is the most common memory type these days and is founded in the latest RTX 30 and AMD RX 6000 graphics cards.

Some flagship GPUs, such as RTX 3080 and 3090, feature the latest GDDR6X memory. It’s twice as faster as its predecessor (GDDR6) but will take some time before coming in lower-tier cards.

On the other hand, anything older than GDDR5 is too old and should be avoided.

Memory bandwidth reflects the overall speed of your VRAM. It indicates how quickly your GPU’s VRAM can be accessed.

Since it indicates the maximum amount of data the memory bus can handle at one time, it is one of the important specs to look for in a graphics card.

Many times, you don’t find this value in a GPU’s spec sheet. In that case, you can find it by using the formula below (for only GDDR5X and GDDR6 graphics cards):

In turn, The effective memory clock can be determined by this formula:

The new RTX 3060 comes with a memory clock of 1750 MHz. Using the above formula, we can figure its effective memory clock out to be 14 Gbps. Now we can plug this value into the first equation and find the memory bandwidth, which in this case is 448 GB/s.

Like a processor, a graphics card also comes with a TDP rating that indicates how much power it will consume and the heat it will generate in that process. The TDP ratings among graphics cards can range widely from 75W-80W of GTX 16 cards to as high as 350W for RTX 3090.

As a general rule of thumb, make sure to have a well-ventilated case with a good amount of airflow if you plan to use a high-TDP card.

Low-end graphics cards get their power from the PCIe x16 slot of the motherboard where they’re plugged.

But this slot can only provide up to 75W power. That’s why premium cards get power directly from the PSU through 6-pin and 8-pin power connectors.

The new RTX 3000 GPU consume a lot more power compared to their predecessors. This led Nvidia to release a new 12-pin power connector with their cards. Thus, when buying a graphics card, make sure it’s compatible with your PSU and vice versa.

Monitors come with a variety of options when it comes to connectivity. Older displays used to come with VGA and DVI-D, while the newer models feature the HDMI, DisplayPort, and even USB-C in some cases.

That’s why graphics cards come with different display output ports so that you can utilize one that’s compatible with your monitor. 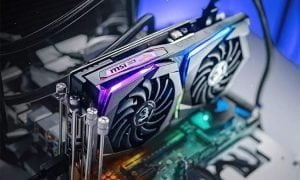 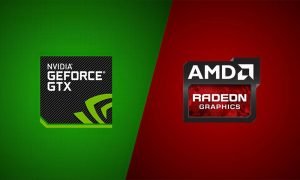 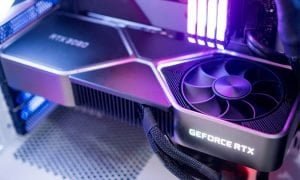