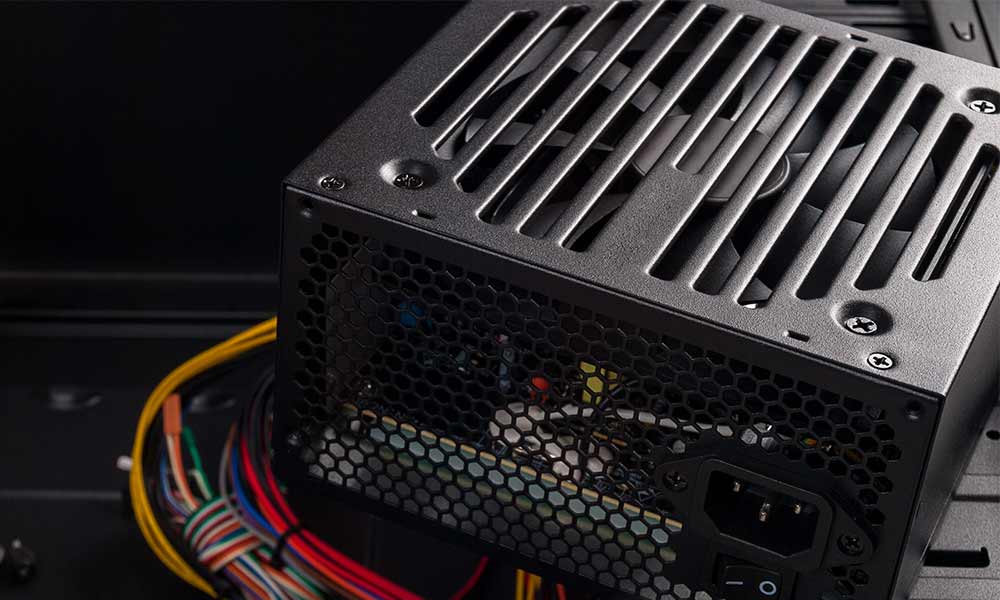 Most people care to know only about the CPU and graphics card in their computer. But having information about other components such as PSU is equally essential.

For example, knowing your PSU specs can be crucial if you plan to upgrade your PC.

Since the PSUs in prebuilt PCs are already optimized, you don’t need anything extra there. But if you’re planning to build a PC of your own, you have to consider PSU as well.

We recently published a post about checking your motherboard specs.

It led many people to ask us about how they can do the same with their power supplies. It’s slightly more challenging to know PSU specs than what it’s for CPU or GPU specs because it doesn’t interact with the motherboard the way other components do.

That’s the reason why no software will give you any info about it.

But still, there are two manual methods for this.

Every PSU has the specs listed on its top side. So the easiest way to see those specs is simply opening up your chassis.

But before doing anything else, shut down your PC and remove the power plug. After this, unscrew the side panel. You’ll need a screwdriver for this, but some premium cases have thumbscrews here to easier access.

Most of the times, you can find PSU in the lower section of the PC Case. Some manufacturers put the specs-label on sides (instead of on top) where you can’t see it if the PSU is plugged into the system. If that is the case, then you will have to remove it first.

If you have a prebuilt PC, your best bet is searching its manual. It’s far more comfortable than opening your case and there’s no potential risk involved. Even if you don’t get exact information from this manual, you can look for your PC’s model number and google that name for more details.

Different PSU Specs You Must Know

Once you have found the label, you’ll find different PSU specs such as AC input, DC output, Max load, Total Combined Wattage, etc. We’ll discuss each of these specs below.

Wattage: This is the most important of all these specs and refers to the maximum power a PSU can provide to your system. It’s written in prominent letters and is indicated in a PSU’s name as well. For example, Corsair RM850X means it has 850W wattage.

Name/Model: The full serial name would be much longer, against the label ‘MODEL’. It helps diagnose any problem or find any other info about the power supply.

AC input: AC Input is the input voltage at which the power supply operates. It’s 110V-127V for most North and South American countries, and 200V-240V for UK, Asia, Africa, and Australia.

Max Load (I): Below each of the rails, you’ll find the maximum amount of current it can provide.

Maximum power (combined): It’s the total maximum power of a single or multiple rails. The formula used to calculate is P = I x V. For example, if the DC output is +12 V and the max load is 70.8 I, the maximum power would be 850W.

After this, some companies add the maximum powers of 3.3V and 5.5V into a single value. On the other hand, power for +12V rail is always written separately.

Total power: This is the total power of all the rails. Some manufacturers combine all rails’ power to determine the total power, while others only use the +12V rail’s power value as it is the most important of them all.