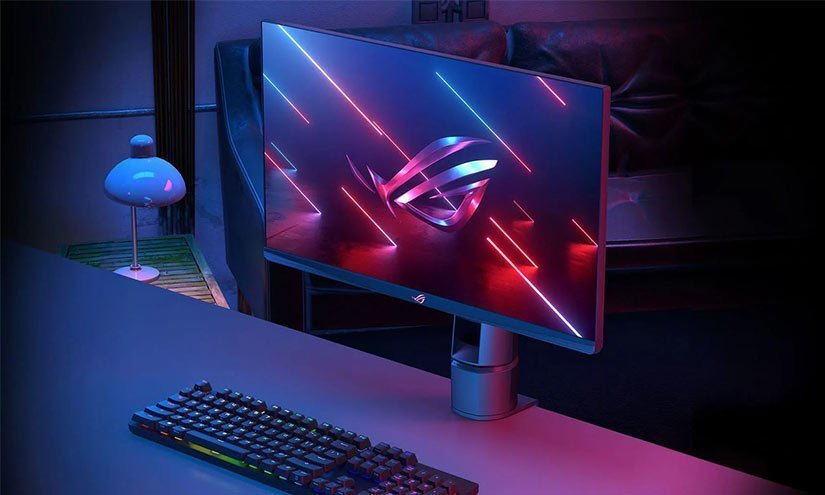 Buying a monitor is not an easy task as you have to consider a lot of factors including screen size, screen resolution, refresh rate, panel type, and video input.

While all these factors are a good way to differentiate one model from another, monitors, in general, are complex devices – meaning you have to look at other specs as well, such as response time, contrast ratio, and brightness, before making any purchase.

Response time is the focus here as its utility is quite debated among PC users. It’s the time a monitor takes to shift from one color to another and is measured in milliseconds.

It’s measured by the time a monitor pixel takes in shifting from black color to white and then back to black again. With that said, some monitors measure this time in gray-to-gray (GtG) and black-to-white configurations.

Generally speaking, lower response time is better as it can solve issues like blurring and ghosting.

How Response Time is Measured

Black-White-Black (BwB) used to be the standard technique used for measuring response time. Here the response time is calculated as the time taken by an inactive (black) pixel to go fully active (white) and then back to inactive again.

In recent times, however, companies have started to implement another response time indicator in their monitors, called Gray-to-Gray (GtG) response time, as they consider it to be more accurate.

This is the time a pixel needs to shift from one level of gray color to another level. Unlike BwB measurement, which is a round-trip, the GtG is calculated by having different sequences of color transitions and calculating their average.

How Important is Response Time

It depends on the tasks you perform on your PC.

For tasks like web browsing, document management, image editing, and watching movies, the response time doesn’t matter as pixels don’t have to change their color too quickly.

But things change when you consider gaming, especially competitive FPS games, as they can get affected by a phenomenon called ‘ghosting’.

Due to their fast-paced nature, display pixels need to change colors faster. And when these pixels can’t transition as quickly as the game demands, you get trailing objects or different artifacts of the previous frame on your screen.

For those games, you should go for a 1ms GtG response rate monitor (like the Dell S2719DGF).

Not so long ago, only TN panels were having this lower response time. But now you can find this feature in IPS and VA panels as well. That being said, we’ll suggest you go for TN panels as they’re considered better for gaming – unless you want to do some other tasks like content creation as well.

Another thing to consider here is the overdrive. Also called Response Overdrive or Response Time Compensation, this feature pushes your monitor’s response rate by a few milliseconds and can be found in the monitor’s OSD (On-Screen Display) menu.

While it’s a nice addition to have, having too aggressive overdrive can cause inverse ghosting (or pixel overshoot).

Therefore, you should always go for balanced settings that prevent ghosting as well as pixel overshoot. Overdrive implementation depends on each individual monitor most of the times, so it’s important to thoroughly check reviews before you go for any model.

While 1ms is the ideal response time, you can get good results with 4ms/5ms monitors too. Unless you play competitive FPS games, we won’t recommend you getting a 1ms monitor just for the sack of it.

Is There Any Downside of Faster Response Time?

In order to reduce the response time, monitors don’t put much effort into enhancing the image, meaning you’ll have lesser bright pictures and lesser color accuracy.

Although sounding similar, the response time is a different metric than the refresh rate which measure the number of times a screen can redraw pixels in one second and is measured in Hz. Another thing people confuse response time with is the input lag.

While response time is the time for pixels to change their color state, input lag is the time the screen takes to react to your inputs/actions, such as mouse clicks or keystrokes, and display an updated image based on those actions.