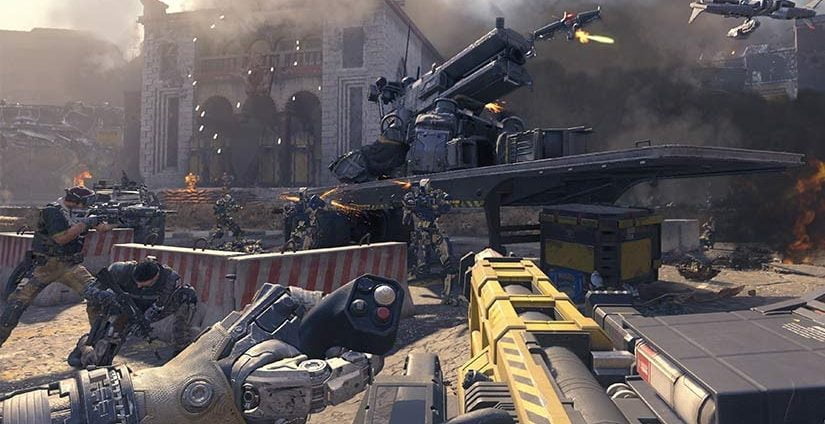 Unless you’re a total beginner to PC gaming, you’ll know that games can stutter sometimes – even if you have a seemingly high-end PC.

It’s often characterized by a game freeze, game lag, or input lag for a short period of time (usually microseconds). Since it usually happens during the climax (when a game is loading the maximum amount of assets), it has the potential to ruin your overall gaming experience.

How to Fix PC Games Stuttering

Like many issues with PCs, there’s no particular reason why stuttering happens and it mostly varies from game to game.

For example, if you’re playing games like Microsoft flight simulator, stuttering can happen if your CPU is not much powerful. But in games like Assassin’s Creed: Odyssey and Red Dead Redemption 2, the graphics card is more responsible for any stuttering.

With that said, below we’ll discuss 8 common reasons why you experience in-game stuttering and how to solve those issues.

The first thing you should do is adjust your in-game resolution.

The higher resolution you’ll set, the harder it will be for your GPU to render graphics in that resolution – resulting in stuttering sometimes.

Also, make sure your in-game resolution is not more than what your monitor can display. Otherwise, you’re simply overburdening the GPU for no benefit at all.

And while you’re at it, you can also tinker with other settings such as anti-aliasing, texture quality, and texture filtering to see if it brings any improvement.

Game DVR records your gameplay in the background and gives you the option to save it. In case you don’t like that recorded video, it will simply discard it and continue recording.

On the other hand, Game Bar is an interface that records gameplay and saves screenshots through DVR.

While both features are not inherently bad, they can slow down your system.

So if you’re not interested in recording, it’s better to turn them off.

Many times graphics cards can misbehave due to a bug or two which results in stuttering. This issue can be solved by having the latest graphics card drivers installed on your PC.

Before updating the drivers, we’ll have to find the manufacturer and model number of your graphics card.

Even if you have everything else in place, screen tearing can occur if the rendering cycle of your graphics card is not aligned with the refresh rate of your monitor. This issue can be solved by enabling V-Sync, which locks the frame rate of a game to your display’s refresh rate.

Here’s how you can enable it;

With that said, V-Sync is known for increasing input lag as well, and you shouldn’t enable it if fast-paced competitive games are your main focus.

PC Components such as CPU and GPU simply cannot work up to their full potential if they’re overheating.

Therefore, you should check your PC temperature (in both idle and under load stages) to see if it’s within the normal range. If not, then overheating is the main reason why games are stuttering on your PC.

To cool down a CPU, you can reapply thermal paste, do better cable management, speed up your case fans, or upgrade to a better AIO/air cooler.

To cool your GPU, you can do things like cleaning dust off its fans and heatsink, disable overclocking, or buy a spacious PC chassis.

Sometimes, we forget a simple fact that a game is just one of the many programs we run on our PC. While browsers like Google Chrome are infamous for eating huge RAM space, there are many tiny background processes that can collectively slow down your PC over time too.

Thankfully, closing these background processes is dead simple. All you need is pressing Ctrl + Alt + DEL and opening Task Manager.

Another thing you can do here is to click on the Details tab, and set your game(s) on High priority.

Intel Turbo Boost is featured in Intel processors using which you can set them to automatically overclock for some particular tasks.

Although it sounds good on paper, many PC gamers have reported this feature to cause game stuttering – especially in gaming laptops. That’s why you should disable it, at least while you’re gaming.

To turn it off, you need to go into BIOS first (by repeatedly pressing Esc, Del, or F1/F2 keys depending on your motherboard manufacturer). Since different BIOS manufacturers have different interfaces, you’ll have to do some research on your own in this regard.

But this is how it usually goes:

Once you’re in the BIOS, you need to find CPU settings, which are usually located under the ‘advanced mode’ section. After this, click on Power Management Control. Then set the ‘turbo mode’ to disable (it’s enabled by default).

8. Have a Stable Internet Connection

Online games are less reliant on your PC hardware and more on your internet connection.

This is why you need to have as low ping as possible, by choosing a closer in-game server, moving closer to the router, limiting background downloads, switching to a wired connection, etc.

So these were some of the best solutions to fix stuttering PC games. Applying any one or two of these methods may not prove to be much helpful, but they can collectively solve your problem with ease.

In case you have any other tips that can be helpful in this regard, make sure to let us know in the comments down below.