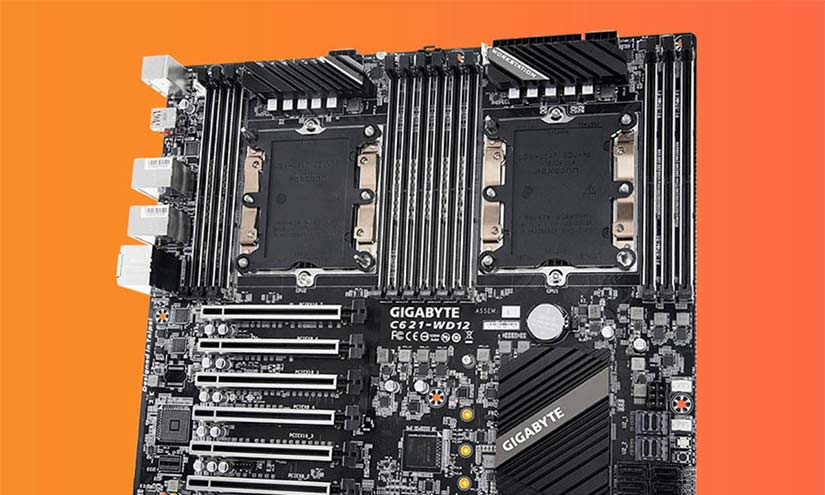 We are a familiar with what is a motherboard and how it works?

It acts as a communication medium between your PC components. You put a CPU intro its socket, GPU into its PCIe slot, and connect I/O devices through ports and headers.

But what if I told you that there are some motherboards that have two sockets and can subsequently have two CPUs installed.

These motherboards add more control circuits and enable multiple CPU tasks to be performed instead of a single one.

Are they widely available?

They are more accessible to enterprise environments as well as businesses having larger databases as compared to general public. And that is by virtue of its weight on the finances.

The Intel Xeon Gold is a more cost-effective option amongst dual processors.

If you are eyeing more cache and greater clock speeds then Intel Xeon Gold 5118 or Intel Xeon Gold 6130 might grab your interest. But the question still holds whether these will make up for a better gaming experience.

Benefits of Having a Dual-Processor Motherboard

A CPU is the most powerful component of a PC. This storehouse of power provides you with greater number of cores and resultantly greater thread count.

Each core is responsible for catering a task and the more the number of cores there are, more will be the ability of the system to efficiently execute multiple tasks. This accounts for effortless and high speed complex functions to be carried out.

This means Zen level of multi tasking. Also, of immense importance is the enhanced computing power. Greater PCI-e, memory bandwidth as well as multiple slots for more extension cards to be installed. This is of great advantage to streamers.

The latest versions of dual-processor motherboards like Gigabyte’s MW50-SV0 have notched it up in the tech game by integrating a three way graphics support system. This renders the user with colossal amounts of video RAM capacity. We deduce its absolute cherry on the cake for high end audio/video productions, cinematography, animation, developing three-dimensional models and rendering heavy amounts of data.

Other ground breaking features are 12GB/s data transfer speed rate, a DDR4 memory support, and more efficient BIOS updates. All of these features are of more value to space restricted environments and heavy database workstations.

Do you need it for gaming?

The real deal is whether this is your ticket to gaming utopia or not.

Well, not even remotely.

No matter how techno gold standard this may seem to you, it is not your party to crash. To play even the most complex and sick level of games, a single multi core processor is enough.

Having two processors in this situation is similar to tagging along an entire tank for a war won by two rounds of bullets; a sheer waste of logistics.

A vast majority of even the high end games can run with a mid-range processor. Despite the rigorous development of core counts, SMTs and clocking speeds, any gaming PC developed in the past decade can in all entity be in equilibrium with the games in the market.

To top it off, the market is loaded with pre-built gaming PCs that reek of power and perfection. And all of those are single processors. So it is basically the quality of the processor and not the quantity that we deal with as a gamer.

If you lie in the category who is building the gaming PC from scratch, then bear in mind that you don’t have to get bankrupt in order to build a mastermind machine. Purchasing the most expensive components is not directly proportional to an ethereal gaming experience.

In fact, it is inversely proportional with your finances. With technology at its best in this era, even the average processors have such over clocking potentials that markedly increase the performance.

Therefore, your primary focus of investment should be in the graphics card. A high quality graphics card will set you ablaze in your experience. But still, you will have to make sure that won’t face the bottleneck issues.

AMD’s Ryzen desktop processors ranging from budget friendly to high end are fabulous at playing any category of PC game that you choose.

Conclusion- Is it worth it?

No game has ever been developed that utilises two CPUs at the same time. Perhaps you should take upon the herculean task of developing such a game and then will dawn the era of dual processors in the gaming universe. But until this happens, single processors are enough for gaming