Home > Peripherals > Monitors > Are UltraWide Monitors Worth It

Are UltraWide Monitors Worth It 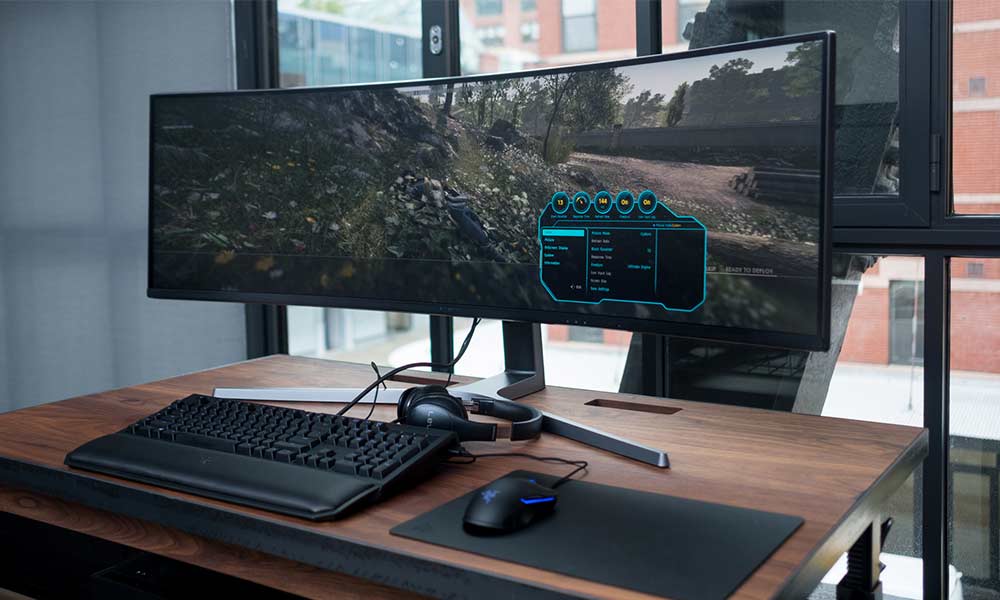 An ultrawide monitor is a display wider than a regular monitor.

Unlike other displays, ultrawide monitors come in a 21:9 aspect ratio, making them an alternative to dual and triple-monitor setups.

But are they actually worth their hype?

This is what we’ll find out today by analyzing their benefits in different use cases such as gaming, productivity, and multimedia consumption.

So, without any fuss, let’s begin.

There was a time when very few PC games were actually optimized for ultrawide monitors. Most of the times, games would stretch out for extra screen width, or you’d get black edges on both sides.

Thankfully those times are gone. Nowadays, even the low-budget titles are optimized for such wider displays.

The biggest advantages these displays give you is the increased field of view. In first-person shooters, Field of View (FOV) is the observable area of a game at any given time.

Wider FOV makes the more in-game area accessible to you, meaning you can spot objects or enemies quickly than you would on a 16:9 display. In competitive and fast-paced games, it’s a decent advantage to have.

Secondly, many widescreen monitors are curved, making your gaming experience a lot more immersive and cinematic. The experience is not as realistic as VR, but still a lot better than what you’d get on standard flat displays.

The being said, there are some downsides of these monitors as well. Firstly, they’re a lot more expensive due to the extra screen real estate they bring.

Secondly, most ultrawide monitors come in 1440p resolution or better. And due to their extra space, some ultra ultra-wide 1440p monitors, such as Samsung’s CRG9, take require even more graphics power than a standard 4k display.

It means you must have a high-end GPU for producing graphics on that scale in the first place. And unlike 16:9, the 21:9 aspect ratio is still not universal, and some games are still not compatible with it.

Overall, these monitors are worth it if you have the budget, the games you play support them, and you already have a high-end graphics card.

But if you have a tight budget, it’s better to look for a regular monitor with features like high refresh rate and high response rate as those affect gaming in a bigger way.

As we all know, gaming is just one of the many things people do when using their PCs. A lot of us use it for professional work.

Are ultrawide monitors useful for them as well?

Yes, but it depends on the specific tasks.

Widescreen displays can be super useful if you video editing and use software like the Adobe premiere pro.

On the other hand, many people prefer dual-monitors for stuff like programming, image editing, or managing documents/spreadsheets.

One disadvantage that ultrawide monitors have against the two smaller-sized displays is that you can’t pivot it for portrait mode, which can be crucial for many professionals.

The 21:9 is known as the cinematic aspect ratio because it’s used in the movies theatre screens. This is the reason why people prefer these widescreen monitors for movies. Not only movies but services like Netflix and Amazon prime video also support ultrawide content.

“Should I go for two smaller monitors or a single ultrawide option?”

This is a fair question, and both of these approaches have their own pros and cons.

If you want even more space than an ultrawide display, you can opt for a dual or triple monitor setup.

Two or three smaller monitors cost less than a single ultrawide display of the same total size. You also get lesser pixel density in a widescreen display than what you’d get in a dual setup.

Other than this, you can use one app in full-screen mode on one monitor while multi-tasking other apps on the second; or pivot one of these monitors to 90°. You can’t do any of it with an ultrawide monitor.

On the other hand, you’ll need some time to adjust to those bezels in the middle, and it can be a bit distracting initially. Another important aspect is consistency.

If you don’t pick two identical monitors and do the same color-calibration on both, you’ll have color accuracy issues. It can be a dealbreaker if you’re a content creator and work with colors and images.

As you can see, going for any of those depends on the work you do and the features you can/can’t live without.

That being said, Ultrawide monitors are heads and shoulders above multi-monitor setups when it comes to gaming and movies, as they make the whole experience a lot more cinematic and visually pleasing.

While curved monitors are preferred for gaming and watching movies (due to their visual immersive experience), flat monitors are a better option if you’re buying them for professional work and want color and image precision. 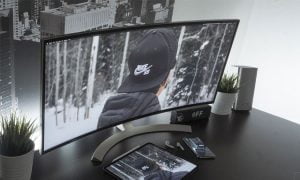